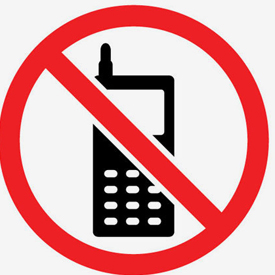 Cell Service On The Fritz Around Montana
By OutdoorAly

I tried texting my friend in Virginia City to set up a river outing a few days ago and had no response. This is not typical, so I had to ask myself, “What the cell?”

Rural Montanans and traveling tourists have been having trouble using their cellphones lately.

Turns out the reason is a three-year contract allowing calls of Verizon subscribers to roam using AT&T cell towers in-state ended on June 22. The contract was part of a deal brokered when AT&T bought Alltel from Verizon in Montana in 2010.

Geraldine, Fort Benton, Browning, Harlem, Evaro, Cascade, Ennis and even Great Falls area users have had trouble with connection and service in the last month.

Other areas have been experiencing problems including: Virginia City, Lima, Broadview and the Absarokee-Fishtail area, according to a state Department of Justice news release. So, if you are headed outdoors this weekend (like we hope you are) be prepared and plan on sketchy cell service in these areas.