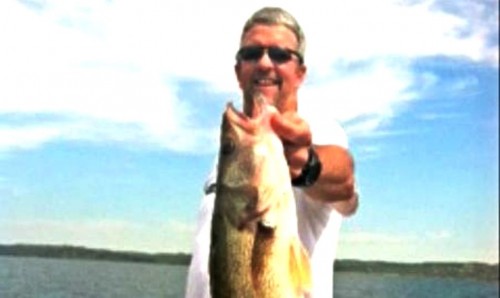 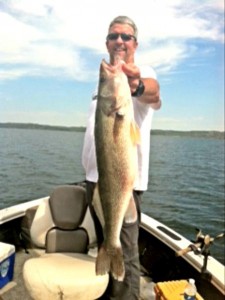 The Captain reported the following:

It was a slower day as the hot weather is now starting to effect the fishing. Walleyes are deeper at 20-25 feet, and they are spreading out more.  Daily thunderstorms were also not helping with the bite.

With the Fort Peck Governor’s Cup starting Friday, it will be interesting to see the weights this year.

The three are traveling Friday and the Captain said he had a great time fishing with Jim Johnson, from Hi-Country Snacks, and Tim Frost, the Captain’s brother-in-law from Rapid City.

(Photo and Fishing report by the Captain)