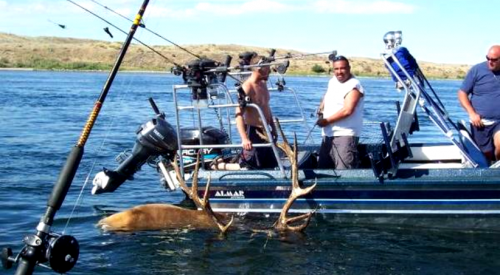 Are you a hunter that is in pursuit of a nice trophy bull elk?  Well, maybe you should put down your rifle and bow and grab your fishing pole, because apparently there might be some nice bulls in the water!

According to posts on ifish.net and realtree.com, some boating anglers were just relaxing on their boats a while back, fishing at Fort Peck with downriggers, when all of the sudden, they caught something a lot bigger than they expected–a monster bull elk!  Although, information on the incident seems to be minimal, it also argued that this bull was found dead floating in the Columbia River near Hanford Reach in eastern Washington state rather than Fort Peck.

Regardless of the ongoing debate of the location of where the bull was discovered, this would be an incredibly unique experience to have under your belt!  That’s a REALLY nice catch! 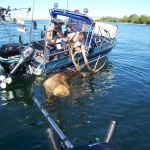 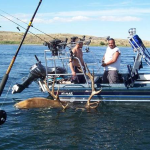 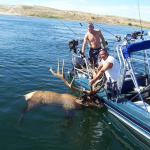