Origins Of Boom
By OutdoorAly 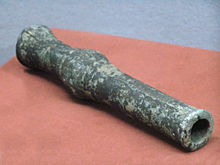 It is believed that gunpowder was first invented by Chinese chemists as early as the 9th century and certainly by the 11th century. As the Mongols conquered much of the Old World in the 13th century, gunpowder and its properties became known to much of that world. It took until the 15th century for the development of effective artillery; firearms would become the dominant force in early Modern Warfare in the 17th century. 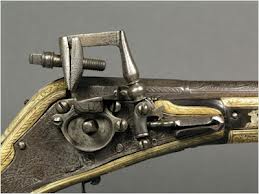 The earliest forms of gunpowder; what we today call black powder, was formed by mixing sulfur, charcoal, and potassium nitrate (saltpeter). The sulfur and charcoal act as fuel, while the potassium nitrate is an oxidizer. Gunpowder was the first true stable explosive compound and existed in basically the same black powder form from its invention until the mid-1800s. 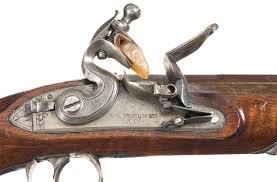 Early handguns were simply nothing more than a tube that was sealed at one end; what we today would call a barrel, loaded with gunpowder and some form of a projectile, and then lit through a port in the rear. Bullets became more refined with the adoption of cast lead balls that fit tightly in the smoothbore tubes. Care had to be taken when loading and firing these “hand cannons” as too much powder or improper loading techniques all too often resulted in the loss of one’s hand or even one’s life. 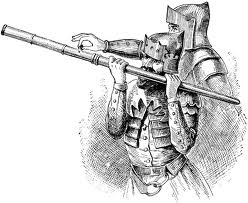 Beginning in the early 15th century, handguns began to take on the form we use today. Grips were added to help control the pistol, sights made alignment easier, and ignition devices improved from a separate wick or match. Wheel locks and then flint locks became common and the beginnings for the modern handgun were born. These pistols became very common tools of the military officer corps in the European wars of the 15th-19th centuries.

We’ll continue our study of handguns in upcoming posts-until then: