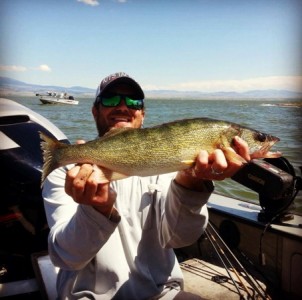 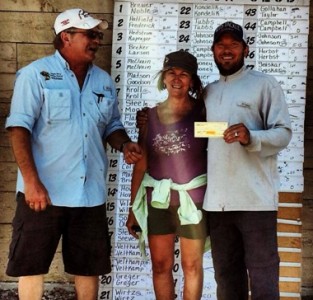 My momma Marti and I on Stage for 3rd Place!!

Well holy gee fish willickers do I have a lot of fishing swag from the weekend. Saturday was the annual Broadwater Rod and Gun Club tournament. I’m not going to lie, after this year’s brutal pitching bite and the snake eyes we rolled at the Canyon Ferry Walleye festival; it was pretty difficult to line my jigging rod for the Rod and Gun!! With this being said, it was an opportunity to fish with my momma and be amongst a super cool group of fish heads. One of the coolest, team Tubbs, stole the show with the White Earth Monster!! Tom and Roxanne might not have won the tournament, but definitely had the most impressive weight!!

I will leave the rest to the first mate, Roxanne Tubbs, to tell the story in her words:

“July 13, 2013 – Broadwater Rod & Gun Club Tournament – Silo’s Campground in Townsend. Team Tubbs (Tom & Roxanne) are in the first flight of walleye anglers out on a bright sunny morning. Weatherman reported 6-7 mph winds – hmm seemed more like 60 mph as we went speeding through the massive rollers. The original plan was to head to the other side of the lake. But since the weatherman was a little off with the wind speed, to reduce the number of crashing waves to zoom through, Team Tubbs headed to White Earth.

The First Mate (Roxanne) with her classy custom Kit’s rod already rigged with the Kit’s Jail Bait Glass Minnow and her secret weapon, pitches out her first cast. As some of you may have noticed, those jigs love, love the rocks and true to form, the first cast out catches a big…..rock! Okay, so the kindergartner in the back of the boat gets the ”are you kidding me, really” look from Captain Tom as he pitches out his bright Fire Tiger Kit’s Glass Minnow attached to his handsome Kit’s custom rod.

In the blink of an eye, Captain Tom says “FISH ON” as his rod bends lower & lower. First Mate opens the bail on the snagged line (thinking I hope it comes unhooked) and grabs the net. Wait, wait it’s coming up, doesn’t really feel like a walleye. Shoot! It’s probably a carp – ooh they are paying money today for the big carp – hang on! Flash of the tail – too pale for a carp – could this really be a giant walleye?? Up surfaces a giant…….OMG…. could it really be the big…yikes! It’s a HUGE Northern monster fish and according to the Captain – it’s “not going to fit in the net.”

Well, since the First Mate is somewhat attached to what was later referred to as the “butterfly net”, by golly that monster was going to fit in the net come #!$@ or high water. Closer, closer to the boat he comes, Captain Tom staying calm and cool. Ready – set – scoop and another OMG from the First Mate who has come face to face with the White Earth Monster. Two beady green/black eyes, teeth bared and that bright green Fire Tiger Glass Minnow hooked in the corner of his mouth! OOFDA! Watch your feet! Team Tubbs landed a 42 inch, 20.7 pound Monster Northern Pike in White Earth and saved the day for the local walleye.” 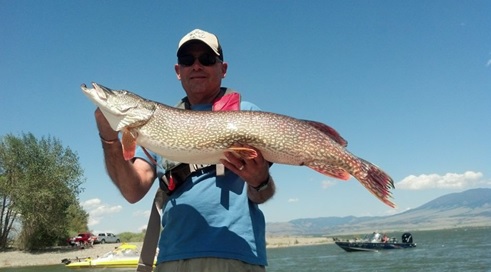 Here are a couple more photos from the day: 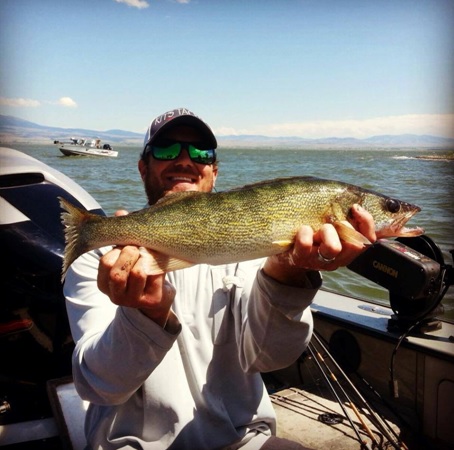 This might not appear to be a big walleye but it’s a FREAKIN’ MONSTER in my book. Spending close to a hundred hours pitching the shoreline of Canyon Ferry this is year it is my biggest…and only!! Not to mention the second biggest fish of the tournament!! 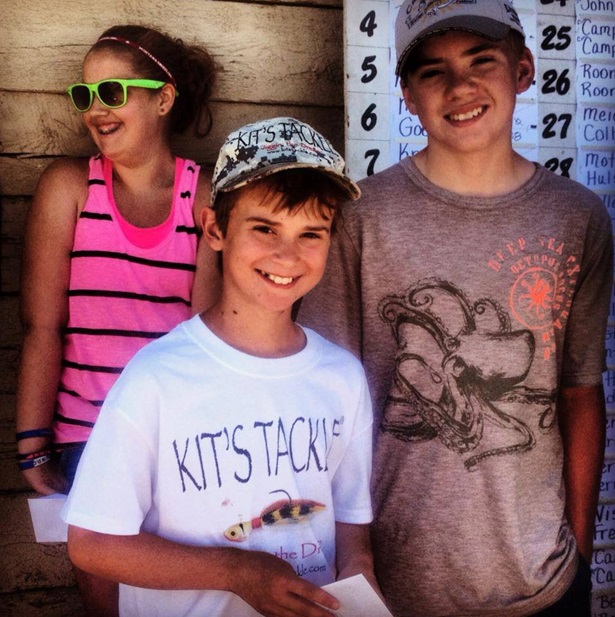 Remember folks…kids are the future of fishing. Do your part to get them out there!!