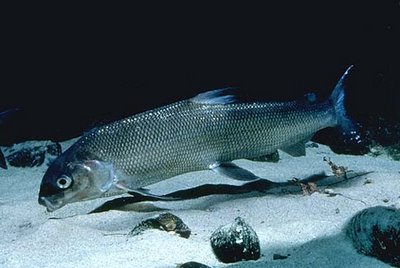 Will this be the year that the popular whitefish bite happens on Flathead Lake? In the next two to three weeks we should know. It has been five years since the last whitefish bite and anglers are eagerly waiting to find out how this year pans out. I went to Jim Vashro, the Fisheries Biologist for Region One for Montana Fish Wildlife and Parks and who also is an avid whitefish anglerl. Every year he sticks his neck out to predict what he thinks will happen and this is what he had to say. “That’s dangerous ground… or waters. What we have said in the past years is that the perch hatch/whitefish bite depends on spring weather. A series of springs with nasty cold fronts have resulted in no perch fry for the last 5 years. Last spring (2012) wasn’t bad and I stuck my neck out and predicted a decent chance for a whitefish bite. Then all of June was cold and rainy and the whitefish didn’t show. We think that the young perch were either flushed out or, more likely, it was so cold the zooplankton didn’t develop and the little guys starved to death.

This year, this spring was relatively mild. We had one strong front around the 20th of April, bad timing, after a lot of perch spawning, but it didn’t get real cold. So, is it the wave action and turbulence or the temperature drop that causes problems? Not having learned my lesson last year, I’m betting it’s the temperature drop that causes problems which would indicate there’s a fair chance for perch and therefore, whitefish this summer. Nobody samples young perch, so we won’t know until the perch, and the whitefish, show up or don’t show up, usually mid- to late July. The outcome this year will let us add another piece to the puzzle on what drives the system”. 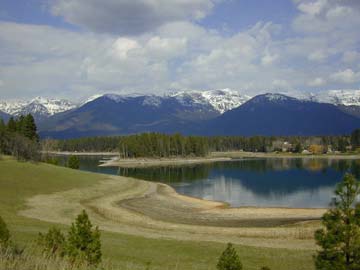 In case he is wrong on the whitefish biting on Flathead Lake Vashro did throw out an option if you would like to catch some whitefish, but that option won’t be Flathead Lake. “If anyone’s itching for lake whitefish, there’s a decent population in Echo Lake. I did talk to an angler who caught 6 in an hour last weekend”. If you do decide to try your luck at Echo, Vashro also sent this note about the dock situation by the boat ramp. “There’s no dock in at Echo Lake or at Smith Lake. The docks are on a rolling undercarriage so we can roll them in and out and they stay in place. Age and the elements caught up with both docks, they’re broken and we can’t deploy either one. We apologize for the inconvenience; we’ve got an emergency order in, hope to have new docks in by mid-July. Most boaters/anglers really appreciate docks for launching. What they may not realize is that an average dock costs $35,000-$40,000. It’s a big investment on shoestring budgets. We try to patch them as long as we can and try to plan ahead for replacement (about 8-10 years) but sometimes we run out of time”.

I will keep you updated on any positive news on the whitefish bite on Flathead Lake on montanaoutdoor.com. Dick Zimmer from Zimmer Tackle in Pablo also is one of the first to know about the whitefish you may reach him at 406-675-0068.