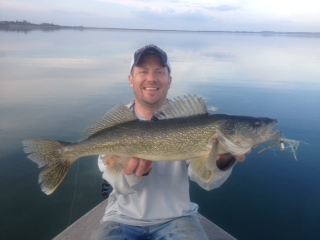 It’s been a heck of a weekend at the Hell Creek Walleye Tournament at Hell Creek Marina on Fort Peck. Looks like anglers snagged some whoppers, and if I know this group, they probably managed to have a darn good time doing it. First place was taken by our own Montana Outdoor.com contributor, Trevor Johnson of Kits Tackle. Way to go Trevor!!!

Here are the final results:

Join us in talking about Catchin the Big Ones today!