Want to win $500.00?  Well, purchase a plane ticket to Arkansas for September, and get to coming up with an awesome squirrel recipe!  Yes, squirrel! 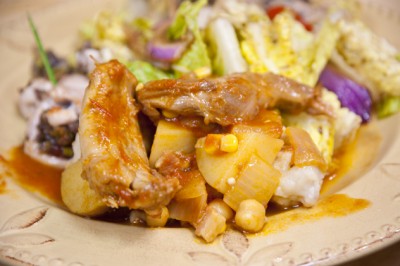 There is a World Champion Squirrel Cookoff in Bentonville, Arkansas on September 7th, and they take this event seriously.  On their website, www.squirrelcookoff.com, one of the top statements in bold and underlined reads “This is the one and only true World Championship Squirrel Cook Off. We are an invitational event but will accept any true squirrel enthusiast and culinary masters of the beloved squirrel.”

Apparently, a “naked squirrel lying on the plate won’t cut it in this cook-off”, so it’s time to get creative.  The website has contact information for anybody interested in being a contestant, judge and/or sponsor.

They also included this nifty video that shows a person squirrel hunting with an air rifle:

So, what are you waiting for?  Get your squirrel hunting on so you can come up with the winning dish!  Just when you think you’ve tried it all…