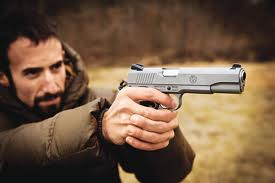 Self Defense Weapon Review With Colonel Smoothbore
By OutdoorAly

I am one of those who believe the greatest self-defense cartridge of all time is the 45 ACP. With that in mind, let’s continue with my first impressions of a couple Ruger 45s.

First on tap is Ruger’s version of John Browning’s venerable 1911 45 ACP pistol, the SR1911. This gun is much like most entry level 1911s; it is a 39 ounce, 5 inch barrel pistol with a matte stainless finish on most of the gun.  The 3 dot Novak sights, back strap, beavertail safety, and magazine release are blued, offering a bit of contrast with slide and frame. 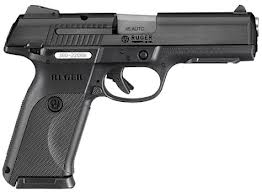 The grips are checkered walnut with the classic double diamond design. Ruger’s Prussian Eagle logo is centered on each grip panel as well as being engraved on the slide. The back strap is checkered, but not the front. The trigger and hammer are skeletonized and the rear sight is windage adjustable. The SR1911CMD is a 4.25 inch barrel commander style gun that weighs about 36 ½ ounces and has the same cosmetics as its larger sibling. Both guns have a suggested retail of $829.00. The fit and finish on the gun I shot was quite good, and in fact, these are very attractive guns. Shooting the SR1911 was much like shooting most entry level 1911 guns. 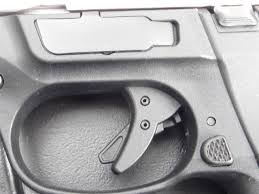 The trigger was decent, felt recoil was on par with other guns of the genre, and the gun functioned well.  The only problem I had was with a somewhat balky magazine release. I had the same problem on another Ruger pistol of a different design; I hope it’s not a chronic condition. The SR 1911s are handsome guns; American made, and backed up by a really good customer service oriented company. They have good quality and enough extra features with a reasonable price that I would recommend shooters, seeking an entry level 1911, give these guns a good look. 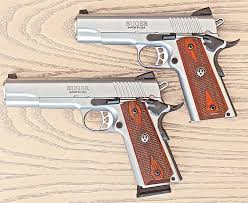 The other Ruger 45 ACP I shot was the SR45. This is a 4.5 inch barrel, semi auto pistol with a glass filled nylon frame (read polymer), and a steel slide and barrel. These guns weigh about 30 ounces; have double stack 10 round magazines and come in two versions: a blackened alloy steel slide and a stainless slide with a brushed finish.  3 dot adjustable sights, an external safety, reversible back strap, ambidextrous safety and mag release, and an accessory rail on the dust cover complete the package. The SR45 is a very nice gun and I really enjoyed shooting it. The wider grip of double stack magazine guns spreads the recoil over a larger area of the hand making the perceived “kick” seem lighter than a single stack 1911. Polymer frames are also believed to help absorb some of the recoil. This gun has a really nice DA trigger and it shot to point of aim.  The suggested retail of both guns is $ 529.00 and I believe either would make a fine self-defense or carry gun for those that can handle 45 ACP power.