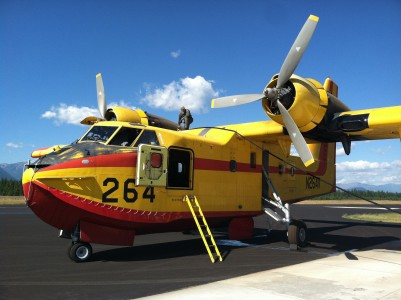 Watching all these bombers flying around Montana putting out fires takes me back to watching the Stephen Spielberg movie “Always”. The movie is a romantic drama about daredevil aerial forest-fire fighters and parts of it were filmed in Montana. Here are a few more trivia facts you may not have know about the movie.

1. One of the seven filming locations was at the airport in Libby, Montana where the lookout tower built as part of the set still stands today.

2. This film is a remake of  A Guy Named Joe, which was watched on television in the movie Poltergeist, which was co-written by director Steven Spielberg.

3. It was the final film for Audrey Hepburn, who made a cameo appearance. Steven Spielberg originally wanted Sean Connery for the role of Hap. Because Connery was unavailable, Spielberg decided to cast Hap as a woman instead and went with Audrey Hepburn.

4. Tom Cruise was originally asked to play the Ted Baker role, he passed.

5. When Pete is first strolling through the charred woods, the song he’s whistling is the theme song from Leave It to Beaver.

6. One of the A-26 bombers used in the movie is in a museum at the Billings, Montana airport.

7. Some of the scenes with planes flying around and through the forest fires were taken from actual footage of the Yellowstone fires of 1988 that were ablaze at the time. 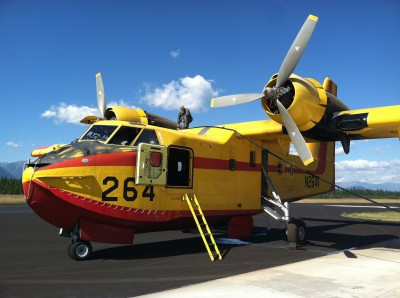