Get Ready for Montana’s Hunting Season: Captain’s Column
By angelamontana

The break in the hot dry weather last week was a very welcome change to Western Montana. The cooler daytime temperatures were a friendly reminder that hunting season is nearby. 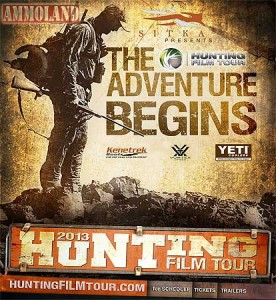 Archery season for antelope, if you were lucky enough to draw a tag starts next week. Bow hunters are starting to practice and in the process tuning up their equipment.  If you need some more inspiration to get you in the hunting mood then you might want to check out the Hunting Film Tour that is coming this week to Missoula. If you’re interested in sitting back and relaxing to a lineup of conservation minded, fair chase films that capture the essence of the experience we all love so much, showcasing a series of cool adventures captured on the big screen, then head down to the Wilma Theatre this Friday night. According to the Hunting Film Tour web site huntingfilmtour.com these films are the best thing to happen to hunting in a long time. For only $10 you can see the films for yourself and be the judge. You can purchase tickets on line at ticketriver.com. These are the same folks that have brought the popular Fly Fishing Film Tour to Missoula the past few years.

Fly fishing on the rivers and lakes has improved according to local outfitter John Perry, “Fishing on the Missouri is a bit better than it was a week ago. Hopper patterns are starting to work-a good combo would be a hopper dropper rig. Weeds are still a problem-but fisherman are picking spots between clumps of weeds or fishing parts of the middle of the river that don’t have many weeds. In western Montana the Blackfoot has been getting a lot of pressure-but early morning to early afternoon is still producing some average size fish for the Blackfoot. Pink hopper patterns, Bugmeisters, tan hoppers, and Goddard’s caddis are producing. Georgetown Lake is a hit or miss according to some fly fishers I talked to. Damsel fly activity is still good in some areas from about noon until 4 pm. Middle part of the Bitterroot is very low and fish are easily spooked – but I have heard some very good reports. Anyway, remember that fishing on the Clark Fork and Bitterroot still require you to be done fishing by 2 pm”.

You may have heard about the carp die-off on Holter Reservoir in July. The result of the die-off is still a mystery according to FWP fish Biologist Eric Roberts, “We did get back some preliminary test results from tissue samples, but so far results have been inconclusive. Testing will continue and hopefully we’ll be able to learn something about what’s happening in Holter. To date, carp are the primary species affected. Most of the fish died around the 4th of July holiday, and the mass die-off seems to have stopped (most fish died during that initial event). Any other species that we have found dead appeared to have died from natural causes and do not appear to be related to the carp die-off. A lot of folks have concerns about whether Holter fish are safe to eat—they are still safe to eat as long as the fish is properly cleaned and cooked”.

(Written by the Captain; Cover photo: