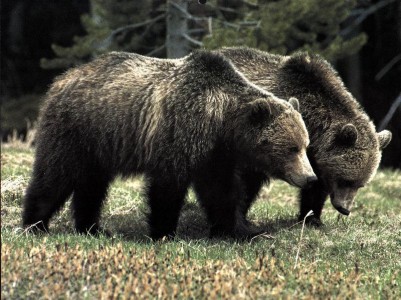 The Billings Gazette reported a grizzly bear attack on two hikers in Yellowstone yesterday. The hikers were part of a group of four that were on the Cygnet Lakes Trail. It was nearly noon when they saw a cub approaching them, and a sow appeared and charged them at close range soon after according to a release from  the park.

Two of the hikers sprayed the sow with bear spray, and she left the area with her cub.

One hiker was treated at the trailhead. The other was sent in an ambulance to a nearby hospital with bite and claw wounds, said Al Nash, spokesperson for the park. The hiker’s medical status is unknown.

You can read the full story on Billings Gazette here.