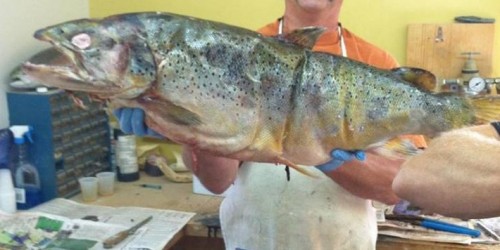 The Madison River Foundation recently released information about a huge brown trout that was discovered on the shore of the Madison.  They refer to the monster fish as being something “out of one o fthose campy SciFi Channel movies — Megasaurus Dino-Brown! Sharktrout!”.   Check out the story posted by Bighorn Trout Shop’s Facebook page: 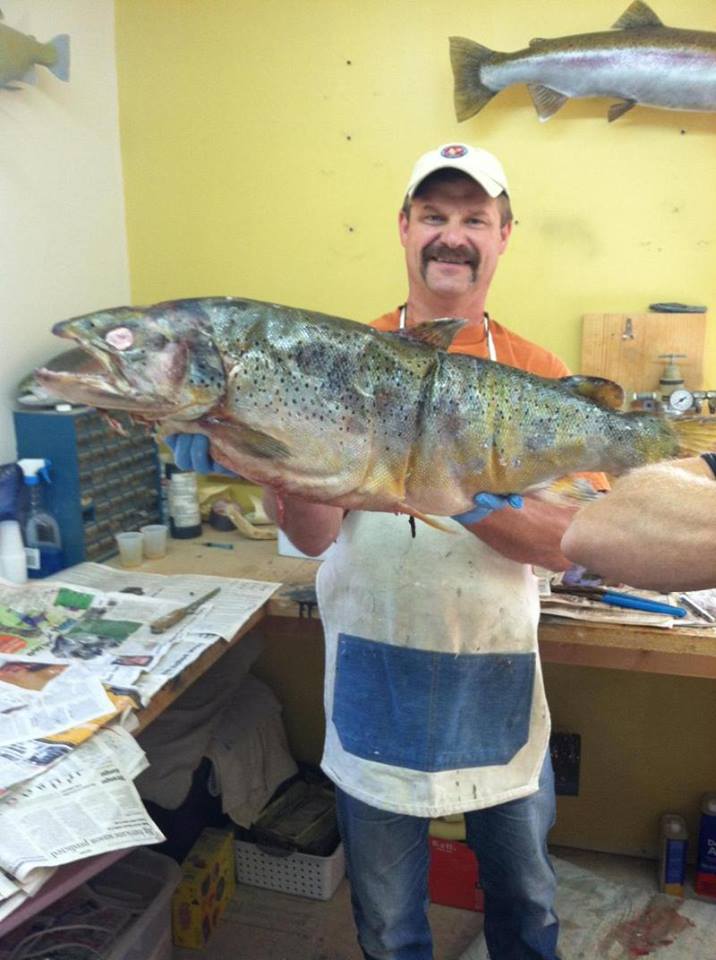 This is a photo of MRF friend Bill Erdmann with an enormous Madison brown. This monster was found dead on the banks near Raynolds Pass last month. It was frozen and is now being mounted by Bill and Kelly Galloup, guide, outfitter and owner of Slide Inn.

This trout is like something out of one of those campy SciFi Channel movies — Megasaurus Dino-Brown! Sharktrout!

The speculation is that this giant brown came out of Quake Lake, probably died of old age and washed down into the river. No one really knows. But it is plausible. MRF member and friend Bob Jacklin caught a huge brown in the Madison near Cabin Creek a few years ago. That fished topped ten pounds and probably came out of Quake Lake.

But this dead fish dwarfs even Bob’s epic catch. This truly was a monster. After inspection by Montana Fish, Wildlife & Parks it was determined that the fish’s living dimensions were 28-inch girth and 38-inch length and that it weighed between 34 and 36 pounds! Not a world record, but darned close! We suppose this fish did not make a living sipping size 22 baetis mayflies! This was a fish eater, dining on suckers, whitefish and other trout.

Maybe this is why we never see anyone swimming in Quake Lake.