On Saturday, September 7, FWP wardens received a call alerting them to a dead cow moose near Moser Creek Road in the Hyalite area. The caller also pointed out that a calf was present and could be heard crying out near the dead moose.

When responding, wardens honed in on the carcass hearing the cries of the calf moose. The young moose acted aggressively when wardens approached attempting to protect the carcass of its mother. Wardens had to use a (non-lethal) rubber bullet to keep the animal away from the carcass when attempts to haze it with branches and rocks proved unsuccessful.

Wardens determined the dead cow moose had been shot twice and had likely been shot at from the road. Wardens also believe the incident to have occurred sometime between Friday afternoon and early Saturday morning. The moose hunting season in the area does not open until September 15.

“Killing and wasting an animal like this is stealing from the people of Montana,” said Warden Brian Lloyd. “It’s selfish and we take it personally.”

The calf in this case is at least a year old and appeared to be very healthy. It has a fair chance at survival without its mother. 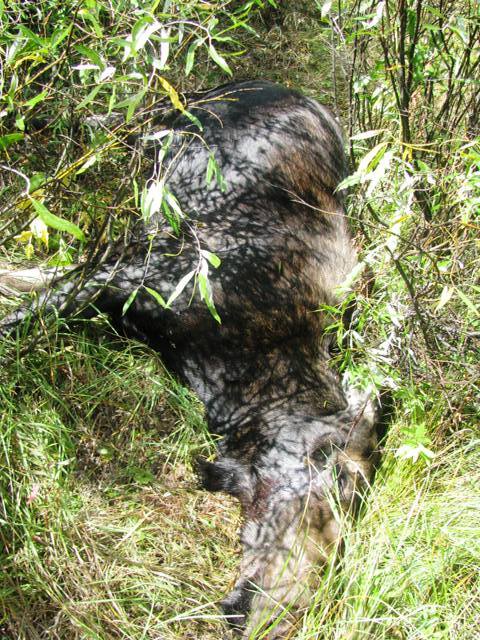