This is NOT a hunting story about bighorn sheep!

On August 31st, a friend of mine, that lives in Missoula, left her house and was shocked at what she saw while pulling up to the stop sign at the intersection of England Boulevard and Flynn Lane.  Hundreds of sheep were running in the middle of the road on Flynn Lane, headed south.

Living in Montana, especially with all of the stereotypes that go along with living in Montana, one might think this is normal, and it probably is normal about a mile west of town, but I can imagine this was shocking to see right outside of the subdivision.

It appeared as if the sheep were being herded to a nearby location, as there were a couple of individuals on bicycles and a couple of dogs keeping the sheep moving.  From what I heard, Flynn Lane could use a good scrubbing in the wake of this animal movement.

Just another thing that makes Missoula so special! 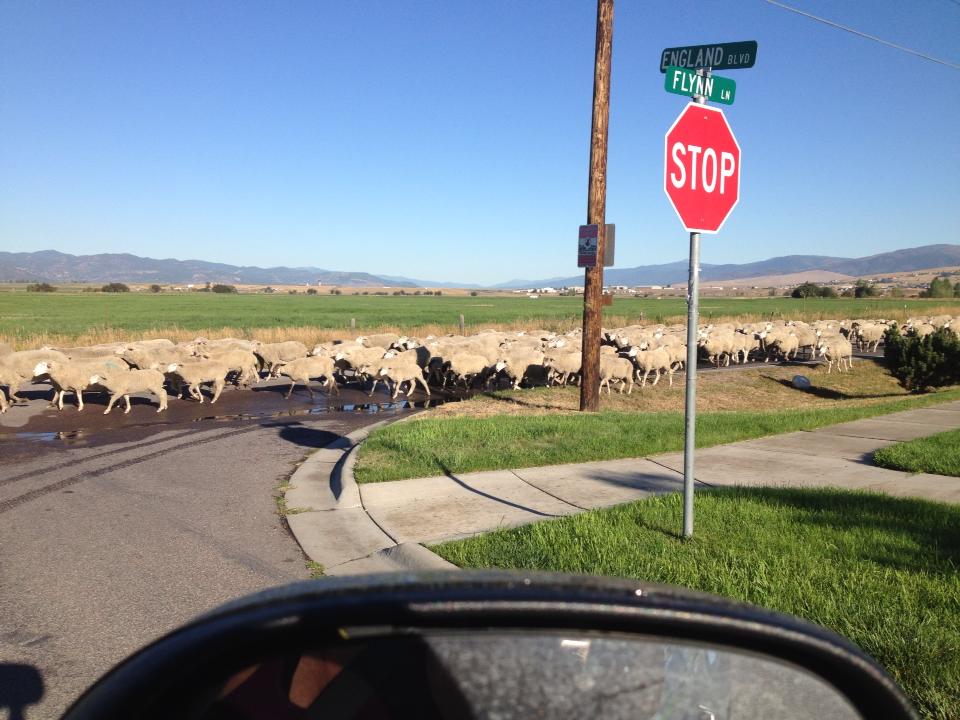