The Montana Fish & Wildlife Commission recently set waterfowl hunting regulations, including split duck and goose seasons in the Pacific Flyway and a split goose season in the Central Flyway. 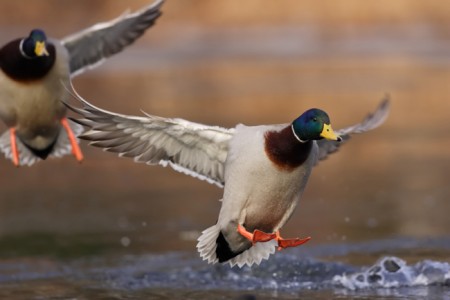 The split seasons will allow one more weekend of hunting in exchange for four weekdays being closed. The season length must be within the federal framework.

The special two-day Youth Waterfowl Season for those ages 12–15 and accompanied by a non-hunting adult at least 18 years old, will be Sept. 21–22.

“Hunters are encouraged to get the youngsters out any day they can, but especially on those two days when they are the center of attention,” said Jim Hansen, FWP’s Central Flyway waterfowl coordinator in Billings.

Bag limits will be similar to last season, with a couple of exceptions. Statewide, the canvasback daily bag limit will increase from one to two, and the scaup daily bag will drop to three.

Duck populations of most species remain good, with ducks 33 percent above the long-term average. Canada goose numbers remain strong. More details on the breeding waterfowl surveys can be found at http://www.flyways.us.

Waterfowl regulations will soon be available on the FWP website at fwp.mt.gov. Printed regulations should be available the by the third week of September. Hunters need to check the regulations for the other species restrictions for ducks, as well as other details.