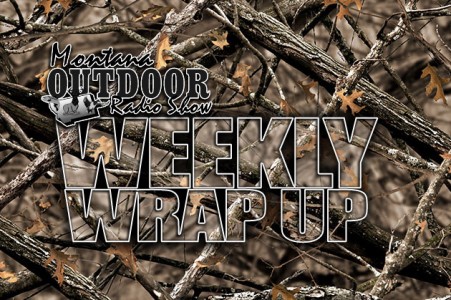 Fall is officially here in western Montana and is signaled by cooler nights and deciduous leaves turning shades of orange and yellow. Fall is also followed by some unpredictable weather, including a rainstorm that flooded Billings yesterday. See the video here.

There were also some crazy animal encounters including a woman who found a snake on a kitchen table earlier this week. See the full story here.

If you missed the show Saturday morning here are the fishing summaries:

John Harris from Lakeside Resort says the bass are at about 15-20ft on Noxon Rapids Reservoir.

Linda from Rock Creek Marina says the fishing is still going strong with many limiting out.

Robert from Malta Marine says fishing on Nelson is still a little, but the deep you go the better it is.

Ryan from Bob Wards in Bozeman says the Upper Madison is still the best bet for the area, In Helena Ryan says the Mighty Mo is slow but should start producing with hoppers.

Tammy from Northwest Sports in Eureka says kokanee fishing is starting to slow down.

Sharon from the Silo’s RV says fishing’s been good on Canyon Ferry Reservoir and for more info call 406-266-3100.

Woody from Woody’s Lures in Townsend says the lakes are slow, but the rivers are where’s it’s at.

The winners of trivia were  Joe King of Great Falls, and Rick Miller of Columbia Falls. Keep listening for your chance to win just like Tom Thompson who won a Montana Club Gift Card!