During Bob Ward’s Shooters Day I was able to try two Ruger handguns in smaller calibers; the Ruger LC 380 and the LCR revolver.

The LC380 is basically the LC9 chambered in .380 caliber, which is also known as 9MM Kurtz. This is a polymer frame gun with an alloy steel slide and barrel, both of which are blued. The gun weighs 17 ounces, is 6 inches long, 4 ½ inches high, and .9 inches wide. It is quite concealable. The barrel is 3.12 inches and the gun holds 8 rounds; 7 in the magazine and 1 in the chamber. The gun is topped off with 3 dot sights that have some adjustment. 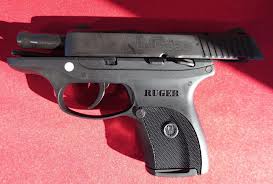 This gun is easy to shoot. It has enough weight and grip size that along with the light recoiling 380 cartridge makes for a very controllable gun. Unlike the diminutive LCP, the LC380 has sights that my aged eyes were able to use quite effectively. However, for me, the trigger was quite lacking. It has a long pull, long reset, and I found it quite gritty and fairly heavy. 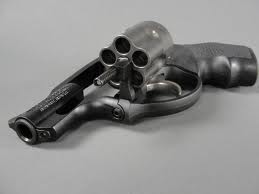 I’m sure some folks might like it; but as for me, my trigger tastes are much different. I much prefer the trigger on the similar sized and priced S&W Shield. Also, like the SR1911, the mag release on the LC380 I shot was a bit balky. As I said last week, I hope this isn’t a chronic Ruger attribute. The LC380’s suggested retail is $449.00 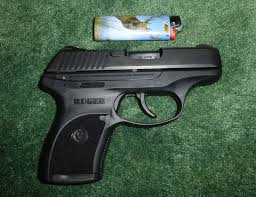 I love revolvers and I make no apologies for that. The Ruger LCR ( Light Compact Revolver) is a small polymer and aluminum framed revolver chambered in 38 Special, 357 Magnum, 22 LR, or 22 Mag. The 38 Special I shot weighs about 13 ounces. The gun is matte black with a pinned front sight, u notch sight in the rear frame, a deeply fluted 5 shot cylinder, and a Hogue “Tamer” monogrip. Barrel length is 1.875 inches, with an overall length of 6.5 inches. Ruger has a new trigger design that relies on a camming action and it really works. The trigger is very smooth with no stacking from the beginning of the press, to the break of the internal hammer. 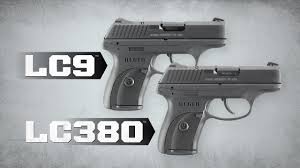 This is a great CC revolver. But with all good things come some not so good. I shot 158 grain 38s and the recoil was really harsh. I fear that recoil will discourage many shooters from the requisite practice necessary to carry with confidence. But there is an easy solution; buy a LCR in 22 LR or 22 Mag for practice. Problem solved. The LCR revolvers suggested retail starts at $529.00.