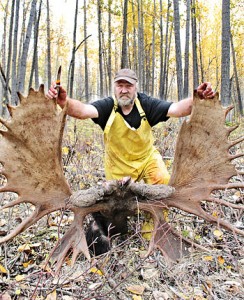 You may have seen the pending world record carp post from earlier (click here for full story), but add another possible world record to that list when, according to an article on yukon-news.com, Heinz Naef, who only hunts for meat and not for trophies, shot a possible world record bull moose in the Yukon last month.   During an interview, Naef was quoted saying, “we’re meat hunters. We’re not wired the same way as trophy hunters. We just knew we had a big moose.”

The moose is estimated to weigh a whopping 1,230 pounds, and his antlers measure, from point to point, 75.25 inches!  Although the current world record moose has a width of 65.5 inches in width, Boone and Crockett has far more factors to consider than width alone.

And there ya have it.  Nice job! 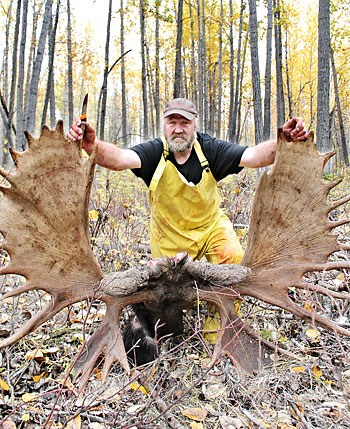 (Information and photos via yukon-news.com)