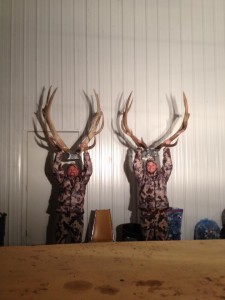 TWO Monster Bulls for ONE Family in ONE Season
By angelamontana

Apparently, British Columbia is the place to get a MONSTER trophy bull…or TWO!

Last year, a Whitefish resident, also a Carroll College student, John Brus, bagged a 387 bull, while his Dad shot an even bigger 6×8 bull that scored a whopping 419.  According to the story posted on montanahunting.org, Brus said that the shot was a “perfect double lung shot at 150 yards, through some of the thickest brush he has hunted”.  He also included that the bull didn’t take even one step after the shot and fell right over and bled out within seconds–nice work!

He gives credit luck to finding the bull, stating that “stumbling on the elk was so lucky! My heart just about jumped out of my chest!”.

Family hunting at its finest! 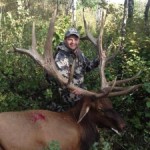 John Brus and his bull 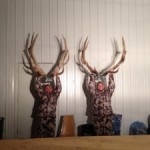 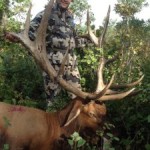 John and his bull2 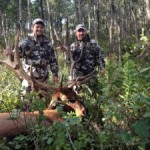 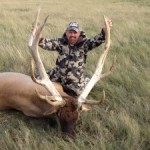 (Story and photos via montanahunting.org)