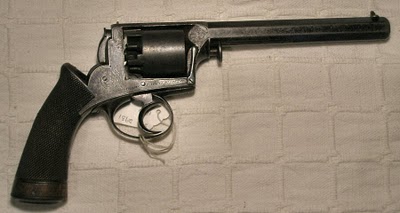 My research on the origin of the double action revolver leads in several directions. The consensus seems to be that an Englishman name Robert Adams invented the DA revolver sometime in the decade of the 1850s. The Adams gun was a 5 shot, percussion fired gun with a spurless hammer that sold well in England. Production of the gun was labor intensive and slow; it did not fare well in America against the less expensive and more plentiful single action revolvers of Sam Colt.

In 1877, Colt introduced two similar double action revolvers; the .38 caliber Lightning and the more powerful 41 caliber Thunderer. Some of the users of these “new-fangled’ guns were “Doc” Holiday, Billy the Kid, Pat Garrett and the infamous murderer turned lawyer, John Wesley Hardin. One year later the model 1878 chambered in 45 Colt was introduced. The guns were very large pistols and came in several barrel lengths. They were popular with many U.S. Marshalls and outlaws alike including Rose Dunn of the marauding Doolin gang. 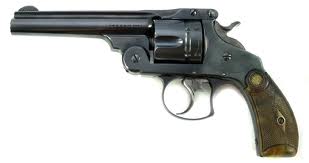 Smith & Wesson followed Colt into the DA market around 1880. Although a little late to the show, S&W guns were excellent firearms. The top break designs came in different frame sizes and were chambered in .32, .38, and .44 caliber. S&W soon became the leading seller of DA revolvers. 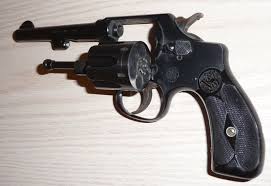 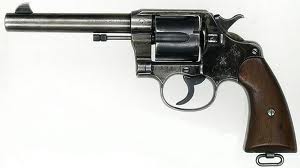 Although Colt beat S&W to the punch with the first swing out cylinder in 1889, S&W stormed into the swing out cylinder era in 1896 with its first “Hand Ejector” and followed in 1903 with a new “Hand Ejector” model. In 1898, Colt introduced the “New Service” DA and the two companies dominated the DA revolver market. The quality of the guns from both manufacturers was outstanding. 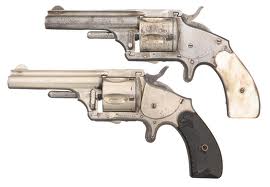 Lost in the refuse of history is one of the most practical, easy to use, and perhaps one of the highest quality firearms ever produced is the Merwin, Hulbert & Company revolver. The guns were introduced in the early 1880s. They came in .32 and .38 caliber 5 shot models, while the .32 had a 7 shot option.  With barrel lengths of 3 ½ and 5 ½ inches and folding hammers the guns were quite concealable. There was even a .44-40 Winchester folding hammer pocket Army model. But alas, like so many innovative invention throughout history (e.g. Tucker automobiles), the MH guns were destined to disappear.