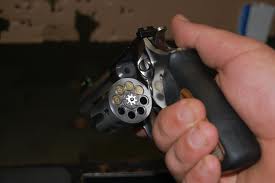 For me, the double action revolver is one of the most, if not the most interesting firearm design of all time; and they are really fun to shoot.

Remember, we defined a single action (SA) revolver as a pistol where the trigger performs only one action, releasing the hammer; the hammer must be manually cocked by the shooter. With a double action (DA) revolver, the trigger has two functions; both cocking and releasing the hammer. Most DA revolvers can be manually cocked and fired as a single action. This gives the DA revolvers a versatility that can be adapted to nearly any shooting situation. 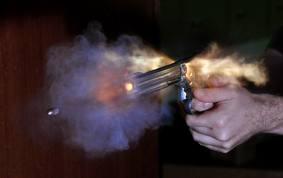 For most of the 20th Century, DA revolvers were the mainstay of American law enforcement departments. From local police officers, sheriff’s deputies, state patrolmen, all the way to FBI agents, the duty gun of choice was the DA revolver. These guns helped keep the peace and protect the lives of untold numbers of officers and innocent citizens for decades. 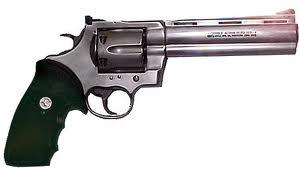 DA revolvers have been used in all types of shooting sports. Pistol competitions such as NRA Action Pistol, USPSA, IDPA, and others all have DA revolver classes where defensive accuracy and speed are highlighted.  Bullseye and silhouette highlight accuracy and shooting at longer distance skills. 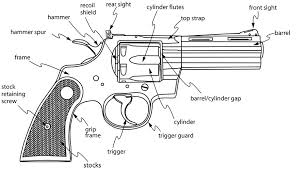 DA revolvers designed for hunting are chambered in many powerful cartridges such as the 460 and 500 S&W Magnums, 454 Casull, 44 Remington Magnum, 475 Linebaugh and 475 Ruger. Some DA revolvers have even been made in rifle calibers such as the 45-70 and the venerable 30-30. With the proper load, DA revolvers are capable of and have taken all of the world’s most dangerous game. 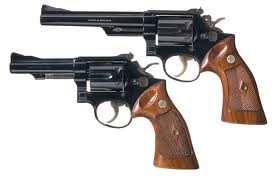 Of course personal defense is one of the main uses of the DA revolver. With its unrivaled reliability and a full plate of ammunition choices, it can provide nearly anyone with the option of being the equal of any predator, either two legged or four legged.

Over the next few posts we’ll take a closer look at some of the multitude of DA revolvers available to shooters. It will be interesting and a lot of fun.