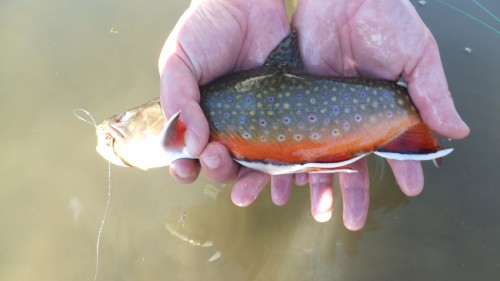 Bozeman/Butte Recreation Report by Bob Ward and Sons – 11.1.13
By angelamontana

Fishing report is pretty much the same as last week. The warmer afternoon temps have better results than the morning.

UMR- Hone in on the slower and deeper waters for the big fish. Sculpins and stone flies seem to be the ticket, try combining with a dropper combo of eggs or beatis numphs. If you are out with dry flies use beatis patterns.

LMR- Nymphing/sub surface fishing is the name of the game. Smaller sized Woolly buggers, worms and eggs, zug bugs, etc. Try some combinations with crayfish and baetis nymph droppers. Keep your eye out for the BWO hatch going on in the warmer temps of the day.

Yellowstone- Rubber legs are working great! Try different colors and different combos as a dropper to get below the surface. Egg patterns are starting to pick up along with worms. The baetis hatch is still going on so give those a whirl.

Gallatin- Nymphing with rubber legs with a bead headed prince nymph was working really well. Again egg and worm patterns are picking up. Make sure to keep an eye on the beatis hatch and use the baetis emergers and nymphs in combo with other rubber legs or worm patterns.

Bead Head Rainbow Warriors in size 12 and 14 were hot on the Clark Fork this week. Copper Bots copper have also been effective. Rainbow pattern Blue Fox Vibrax lures in sizes 2 and 3 were bringing home Creel limits for spin fishermen.

Clark Canyon Reservoir has been good fishing on the eastern bays from the bank. Garlic Marshmallows and Nightcrawlers are the baits of choice floated about 1 foot off bottom. Copper Bob Red and Green Beadhead nymphs have shown promise on the Beaverhead this past week as well as stripped streamers.

Georgetown Lake has been quiet this past week. No Fishing report was given. Generally, bank fishing is fair around Denton’s point. Powerbait, nightcrawlers, or spoons cast from the bank are all effective.