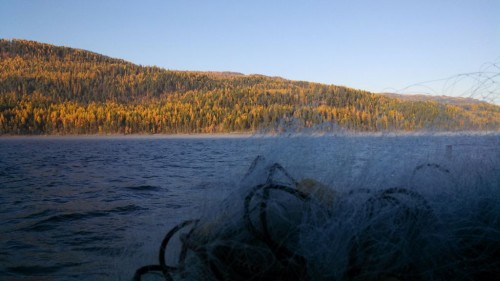 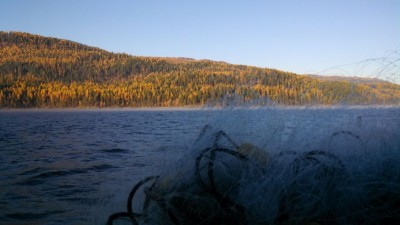 Lake trout netting: The fifth year of targeted gillnetting to remove non-native lake trout in Swan Lake wrapped up in late October. A total of 6,988 lake trout ranging in size from 5 to 36 inches were removed by gill nets during the juvenile netting portion of the project which was conducted from August 12 to August 30, 2013. This time period was chosen because most adult bull trout are on their spawning run in the Swan River system and are absent from the lake. Bull trout bycatch was 200 fish. Similar to previous years, 64 percent of these bull trout were able to be released alive (72 actual mortalities). Netting conducted along the lake trout spawning area later in the fall (October 7-25) resulted in catching an additional 210 adult lake trout. Spawning lake trout ranged in size from 20 to 36 inches. Bull trout bycatch was consistent with previous years with an additional 135 bull trout captured during fall netting (67 percent of these bull trout were released alive with 44 actual mortalities). All lake trout less than 22”in length were cleaned, packed on ice, and sent to local area food banks for distribution

Swan drainage bull trout redd counts: This is the 32nd year of redd counts in the Swan Drainage. Although Elk, Goat, Squeezer and Lion creeks comprise our annual index, assistance from the USFS and Plum Creek has allowed us to complete total basin-wide counts annually since 1995. The basin-wide redd count has averaged 555 during this 19 year period (1995-2013). The 2013 basin-wide count of 335 is similar to the previous three years, and is approximately 40% below the 19 year average.

Although the exact mechanism causing the recent decline in bull trout redd numbers is unknown, it is likely that 20 years of increasing lake trout numbers is a factor. Lake trout have lead to declines in bull trout populations in other waters similar to Swan Lake across the region. Biologists began an experimental lake trout removal in 2009 using gill nets as the primary method. The bull trout bycatch associated with this ongoing lake trout removal likely is also reducing bull trout numbers. FWP made a regulation change in 2012 to allow only catch and release fishing for bull trout in Swan Lake to offset bycatch mortality.

For a more detailed article and a complete summary of bull trout redd counts in the Swan drainage since 1982 see the R-1 website at http://fwp.mt.gov/news/newsReleases/fishing/nr_0803.html .