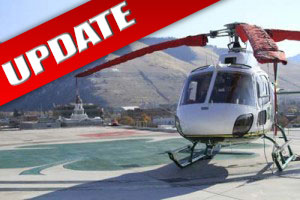 We recently reported on search efforts for hunters missing in the field. Some sad news this morning reported that one of the missing hunters, Gordon McGaw’s body was found by search and rescue personnel Friday just after noon. The cause of death is still unknown, but local sheriff said it is not suspicious in nature. The full story from Helena Independent Record can be found here.

The other group of hunters missing was apparently a false alarm. Someone at camp activated a “SPOT” emergency tracking device, which typically means someone has a medical emergency. It turns out either the tracking device was accidentally activated or it sent off an errant signal. Either way, rescuers discovered everyone in the party was fine, according to an account of the search emailed out by County Sheriff Leo Dutton on Friday afternoon. The full story was reported in Helena Independent Record here.