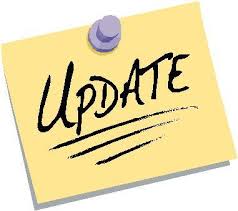 The original story of the dog being shot can be found by clicking here.  The case is now closed.  Compare the originally-released story to the police report here:

UPDATE ON PET DOG SHOOTING NEAR LOLO PASS VIA MISSOULIAN.COM:

The Missoula County Sheriff’s Office has ended its investigation of a dog killed by a hunter who allegedly believed it was a wolf on Sunday, and passed the matter on to state and federal wildlife managers.

“There is no criminal activity here, and this is out of our jurisdiction,” sheriff’s spokeswoman Paige Pavalone said Monday. “We don’t have any witnesses and we’re not investigating the situation any further.”

The incident has been forwarded to the state Department of Fish, Wildlife and Parks and the U.S. Forest Service. Spokespeople for both agencies initially thought the matter would be a criminal matter for the sheriff’s office.

Missoula resident Layne Spence reported the killing of his dog, “Little Dave,” to the sheriff’s office on Sunday afternoon. Spence told a deputy he was cross-country skiing on a road above the Lee Creek campground with his three malamute dogs when a hunter shot one of them on the road. According to the deputy’s report, Spence said Little Dave was wearing a collar with a light when it was shot about 20 yards in front of him.

The deputy confirmed the dog was wearing a lighted collar and was shot at least twice, in the neck and rear leg.

“We’re not taking any position or stance,” Pavalone said of the decision to hand the incident to FWP and the Forest Service. “It involved hunting, so it’s out of our bounds.”