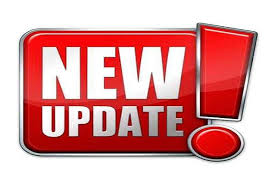 Deputies from the Missoula County Sheriff’s Office spoke Tuesday with the unidentified hunter who reportedly shot a malamute to death as the dog’s owner watched in horror near Lolo Pass on Sunday.

“Based on the statements provided by both parties, it was determined that there was no malicious or purposeful intent to cause harm or injury to a domesticated animal on behalf of the hunter,” Deputy Paige Pavalone, public information officer, said Wednesday in a media advisory.

Pavalone said deputies learned the identity and made contact with the hunter involved in the incident at the Lee Creek Campground.

She said she couldn’t discuss the differences, if any, between the shooter’s story and the widely reported account by Layne Spence, who said he was skiing with his three dogs on a logging road when the shooting occurred.

“We can’t release any of the details pertaining to that. We were initially going to, but after speaking to the county attorney’s office we can’t release any details about the follow-up investigation that we’ve conducted, because it’s not criminal in nature,” Pavalone told the Missoulian.

The media advisory said the sheriff’s office and FWP “agree that these events are very unfortunate.”

“Both agencies hope that everyone does their best to uphold personal safety and responsibility while hunting and recreating in our local forests,” the advisory concluded.