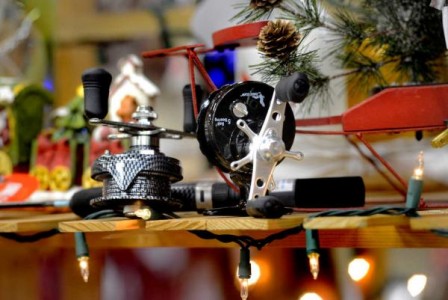 Christmas is over, so now all the fun starts. The fun that I am referring to is what you will have when you put to use what you received for Christmas. Whether it is new ice fishing gear, skis, a snowmobile, sled, or some traps now is the time during the holidays to enjoy them. Let’s cover ice fishing first.

There are plenty of lakes that have safe ice. The two that seem to be the most popular so far are Georgetown Lake and Browns Lake. Both lakes feature some good trout fishing and Georgetown also offers up plenty of small kokanee too! I received a report from Jim Johnson of Lincoln from Browns Lake. “I have great luck with egg sacks”. It took Johnson only an hour and half to catch his limit of trout late last week and he said the ice was at least 12 inches on the lake near Ovando. “Even though I had good luck with egg sacks other anglers were also catching trout on worms and maggots”, Johnson reported.

Georgetown Lake anglers like to use maggots on a glow hook for the kokanee by the Pump House and Comers point, and some anglers also are having success fishing for trout with that method. “Green, red, or yellow rocker jigs are working well for the trout on Georgetown”, reports Bill Brown from Bill Brown. He recommends that you try fishing closer to shore for the trout in 6-8 feet of water. “I have also heard that east Polson Bay on Flathead Lake has 7-10 inches of ice and anglers are using Zimmer jigs and cut bait to catch lake trout and the perch are biting on maggots and a glow hook in the same area”, said Brown.

Lake Mary Ronan might be a good bet according to Chancy Jeschke from Snappys Sport Senter in Kalispell. “Lake Mary Ronan has about 8 inches of ice and is fishing well. They’ve been getting some good reports on perch and rainbows in 20-25 ft of water”. If you live close to Kalispell then you might try a place that the kids would also enjoy, “McWinneger Slough is still doing good on crappie and in the late afternoon till dark has been doing well on some perch and nice pike.” As is the case, every winter lakes west of Kalispell usually have decent ice during the holidays and are a popular choice for ice anglers. I also received word from that Fort Peck Reservoir is now completely froze over, as of Monday. That is an event that rarely happens before Christmas Day. A word of caution, make sure the ice conditions are safe before you go out.

Waterfowl hunting is still open and if you can access the rivers or warm water creeks or sloughs you should have some decent duck hunting, whether you jump shooting or set out decoys. There are still plenty of Canada geese around even though they are probably decoy shy this time of the year. Scout out a field that they are feeding in, ask for permission, and you chances are you will have a decent shoot the next morning.