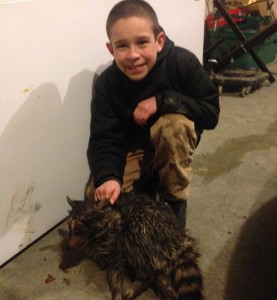 THIS Hunter is Also a Trapper!
By angelamontana

Eleven year-old Hunter Gordon, of Billings, is celebrating.  Hunter (what an awesome name!) is not only signed up for Hunter’s Education this February, but he is also a youth trapper that trapped his very first raccoon on Sunday!

He was the first person, with his birthday, to buy a Montana Conservation license and won a free trapping license from FWP.  Billy Gordon, Hunter’s Dad, said that Hunter is already talking about deer hunting and how big of a trap line he’s gonna run when he gets his driver’s license in a few years.

Hunter’s coon was a “big ol boar” that measured over 48 inches from tip-to-tip!  After he and his Dad skinned it out, Hunter decided he wanted to turn his first coon into a coonskin cap and also plans to bleach the skull.  Billy even found a taxidermist in the area that will walk Hunter through the tanning and hat-making process, so that he can learn to do it himself.  “I’m one proud Dad!” Billy commented.

Well, congratulations to you, Hunter Gordon, and I have a feeling that this isn’t the last we will hear from you.  We wish you luck on your future hunting and trapping endeavors and hope to see pictures! 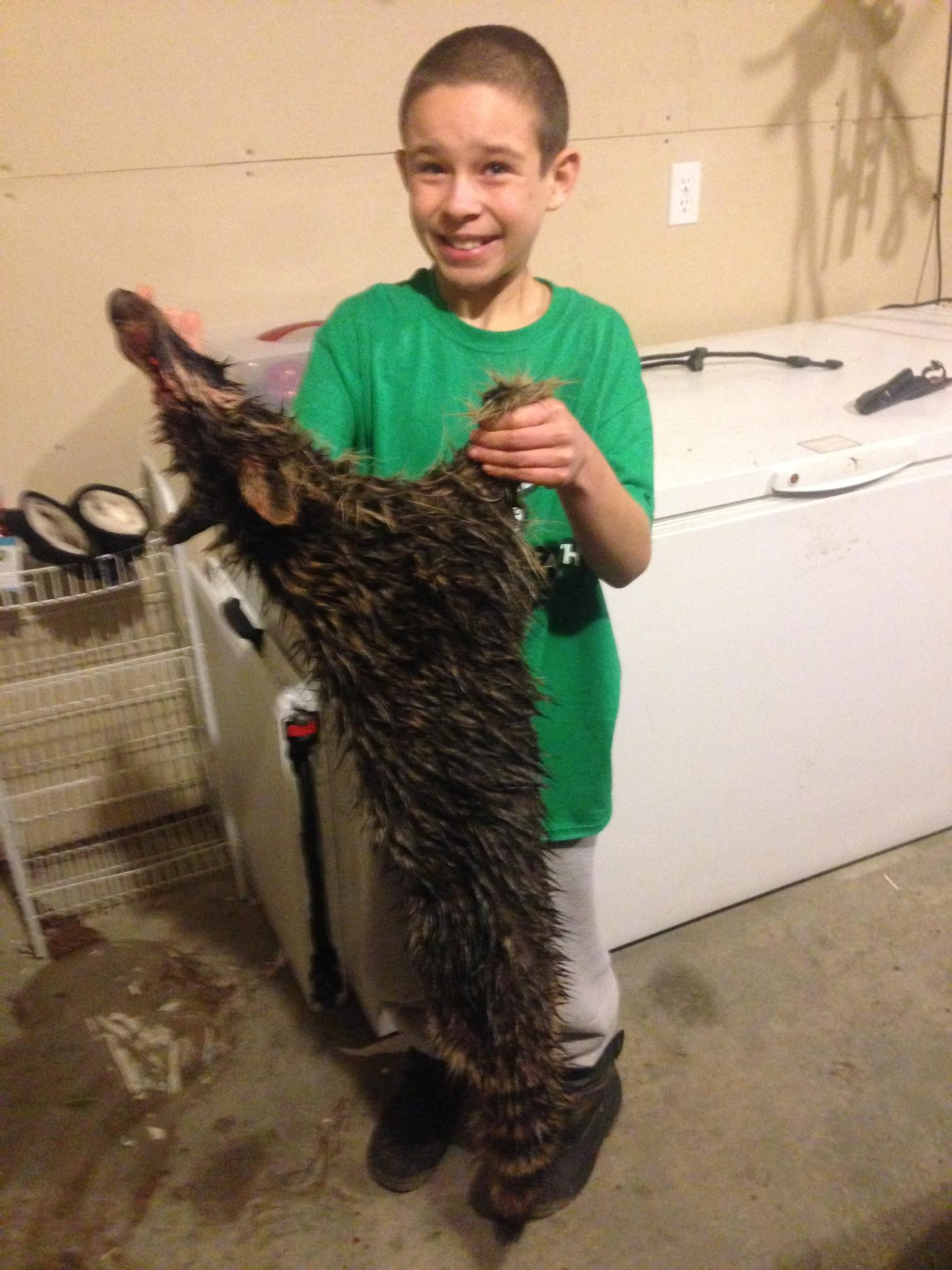