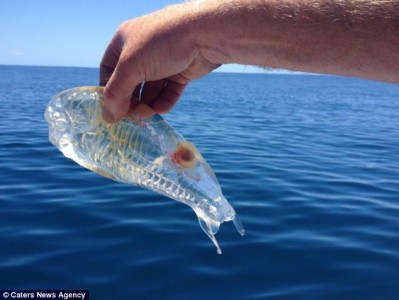 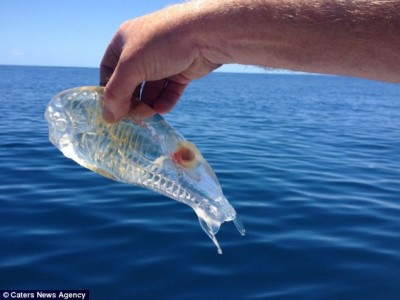 “It felt scaly and was quite firm, almost jelly-like, and you couldn’t see anything inside aside from this orange little blob inside it,” said Stewart Fraser, of New Zealand, about an unusual, completely transparent creature he caught while fishing with his sons.  According to a recent article on dailymail.co.uk, Fraser had never seen anything like this before.

Deborah Cracknell, research lead from the National Marine Aquarium in Plymouth, said she believes the creature is a Salpa maggiore (Salpa maxima), which is a barrel-shaped and “moves by contracting, pumping water through its gelatinous body”.  The water is strained through “internal feeding filters”, and it feds on phytoplankton.

Paul Cox, director of conservation and communication at the National Marine Aquarium, said that little is known about these salp, and that they are often found in colder seas. Apparently, being see-through is pretty darn good camouflage in water and actually helps protect these translucent, shrimp-like animals from predators.

So, just keep in mind if you’re known to hit the oceans for some saltwater fishing–you might want to be prepared to catch anything! 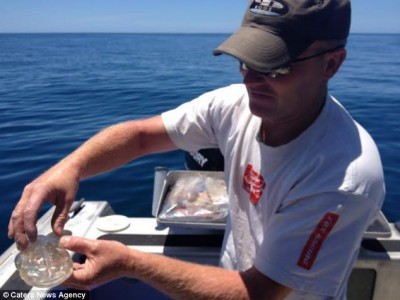