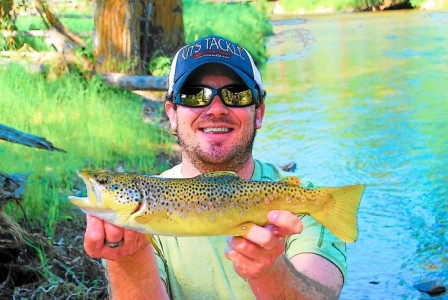 As much as I would love to be out doing something fun in the outdoors today, I’m snuggled into a cup of coffee on the couch.  With temps dropping across the state and high wind advisories, I decided it would be a good time to reflect on a nice summer day.  Not that it will warm it up outside, but the thought of an eighty degree day in the wilds of Montana with a river’s wondrous current flowing at your ankles does seem to help.  Look at Chevy Chase in National Lampoons ‘Christmas Vacation’…although he’s staring out the window dreaming of a hot babe…it’s kind of the same thing (I know you’re all singing “Mele Kalikimaka” right now).  Although the fact I think about brown trout rising on a hopper instead of a hot babe is a little strange!  But hey, when you are a full bore fish-head at heart…that’s the way it goes.

For some reason, in the last couple days my mind keeps wandering to the Little Blackfoot just west of Helena, MT.  My brown trout career actually began on this very river with my grandpa “Poppy” about twenty five years ago.  I can still remember parking at the Avon bridge and getting all our gear on and being very impatient with my grandpa who seemed to take forever to tie his wooly worm on!  We used to wear Wrangler blue jeans and tennis shoes…my grandpa always said waders were for rich people.  And to that he was definitely a stud…I still wear jeans and an old pair of Air Jordan’s when I hit the river!  But yes, I do have a pair of waders and boots when the situation calls. 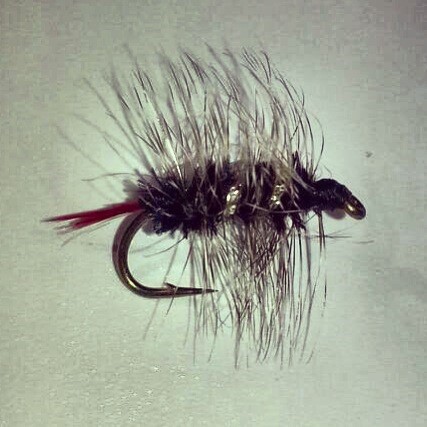 It is crazy how prominent some memories and sounds stay with you over the years in the mental blog file.  I used to watch my grandpa work a bank and it was much like the movie “A River Runs Through It” in how the world seems to stop and the magical side of the universe gets intensely loud.  Things you take for granted on a normal day become the only thing you are focused upon.  The sound of the water tumbling down the river, the wing beat of a warbler fluttering up the bank, the hiss of the grasshoppers in the weeds and the whistle of the fly line breaking against the air.  Then, when you are almost frozen in time the backing starts clicking and my Poppy was yelling, “We got one Trev.”  Sometimes I wonder if I didn’t have these memories burned into my mind if I would have the same intense passion for spending every free second wandering Mother Nature’s playground. 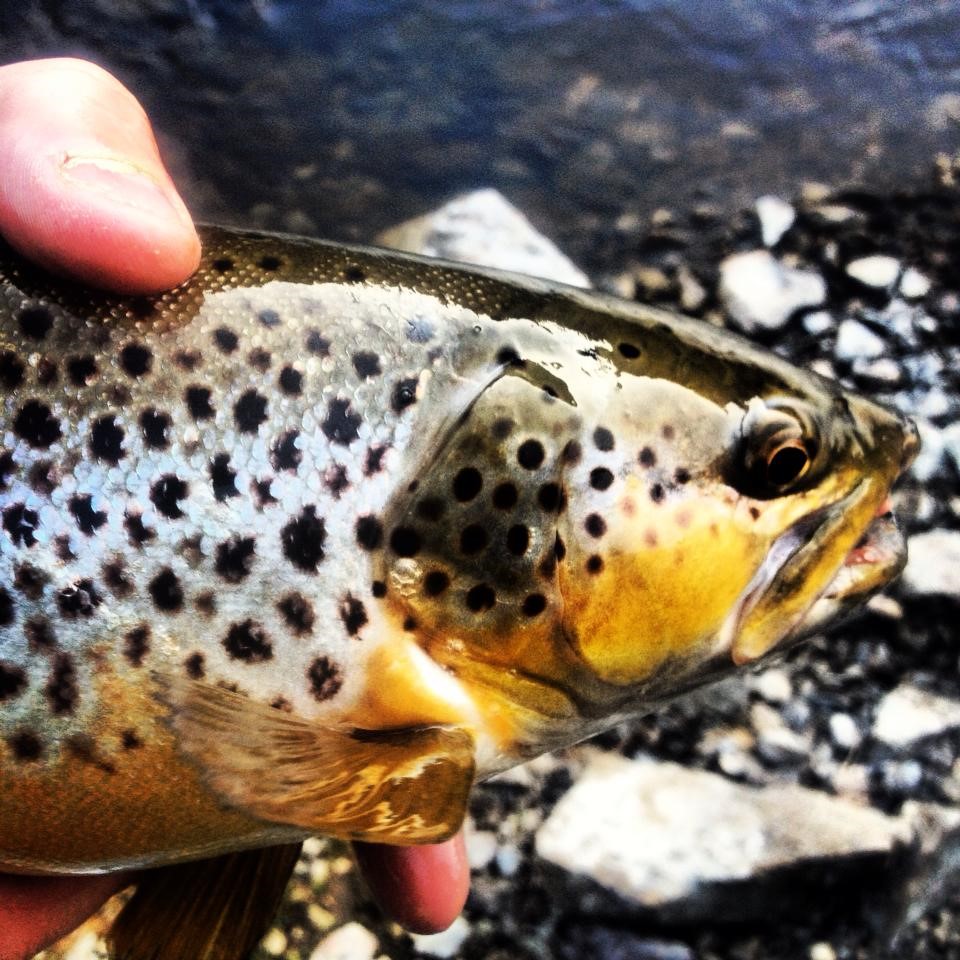 Trevor’s version of a HOT BABE!!

Getting back to the hoppers, I can still remember my first brown trout on the Little Blackfoot.  We were just upstream from a beautiful back eddied beaver damn hole that HAD to have fish.  My grandpa and I had collected about a dozen premium big fat hoppers and he said, “watch this” as he tossed one into the current about twenty feet above the hole.  Immediately as the hopper started rounding in the eddy (I’m getting goose bumps just thinking about it) a brown trout came up and gobbled him in a flash.  It is a sound and a feeling that no words in my vocabulary could even begin to describe…especially for a five or six year old kid.  As I swung my bare hook over to my grandpa he hooked a hopper through the butt and down the ripple he went.  My grandpa said, “Keep your eye on him Trev and set the hook as fast as you can once he takes it under”  No later did the words leave his mouth and that GLORIOUS “river slurp” broke the silence and I was hooked up.  It is crazy how I get just excited today as I did when I was just a wee little minnow.

This river has stuck with me from childhood and I have spent some amazing times in its waters.  Although I spend more time fishing now than I do catching frogs and snakes, I’m sure when I have a child of my own it will all repeat itself.  A couple years ago I met my friend, mentor, and college professor Mike Braun for a day on the river.  When I look back at this day it was very colorful and full of awesome fish.  We even had lunch at the Avon Café where “Poppy” and I would eat some years ago.  To keep the memories flowing, I even indulged in a piece of chocolate cream pie (my favorite as a child.)  It was such a treat to fish with someone like Mike who is the biggest kid I know.  He is a father, very successful business consultant, business guru, professor, author and the list goes on and on.  But, the second this man, I mean kid, steps into a river he is gone from reality.  He reminds me of myself; almost stepping into a time machine back to when we were just kids trudging for the next stretch of river. 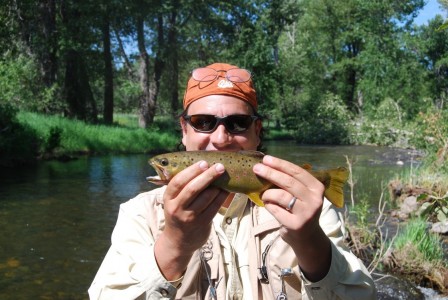 The one and only…Mike Braun

As you all know, I now spend most of my time with a spinning rod in hand, but that doesn’t for a second mean I don’t respect and LOVE the art of fly fishing.  We have created an art of our own we coined the “Johnson Jig” which is actually a passionate art of fishing in itself.  My insane hunger of chasing big fish has led me to turn to the spinning rod more often due to covering more water.  The way we target big browns here in Montana would make musky fishing look easy.  But, out of all the places I have ever fished, a small mountain stream with a three weight fly rod is as fun and carefree as it gets.  It has been a wonderful morning reflecting back on a bright sunny day with magical people.  If you are feeling cooped up in the cold weather try reflecting a memory of your own…it’s quite warming on a cold winter day. 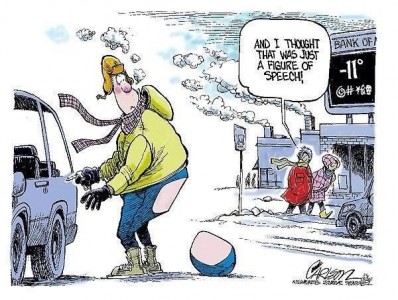 A little humor as a finishing touch…he he

(Photos and article written by Trevor Johnson of Kit’s Tackle)