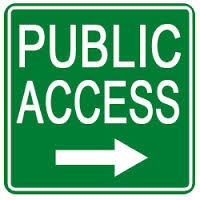 Landowners have until March 15 to submit applications to Montana Fish, Wildlife, & Parks for enrollment in a new program that may qualify them for up to $2,000 in annual tax credits.

Through the “Unlocking State Lands” program, a landowner who enters into a contractual agreement with FWP to allow public recreational access across private land to reach a parcel of otherwise inaccessible state land is entitled to receive a $500 annual tax credit per contract, with a maximum of four contracts per year.

The innovative Unlocking State Lands program is a product of House Bill 444, introduced in the 2013 Legislature by Representative Tom Jacobson from Great Falls.

“The concept of offering a tax credit in exchange for public access across private land to reach state land is a first of its kind in the nation, as far as we’ve been able to determine,” said Alan Charles, FWP coordinator of landowner/sportsman relations.

More information about the program, including enrollment criteria and the application form, can be found at http://fwp.mt.gov/hunting/hunterAccess/unlockingStateLands/.