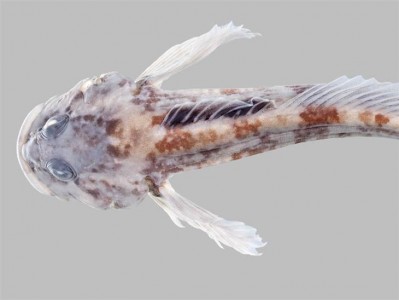 New Species of Fish Discovered in Montana
By OutdoorAly

A tiny fish characterized by a disproportionately large head and previously unknown to scientists has been found in mountain rivers of Idaho and Montana.

The new aquatic species is a type of freshwater sculpin, a class of fish that dwell at the bottom of cold, swift-flowing streams throughout North America and are known for their oversized head and shoulder structure.

Sculpins, often the only small fish found in headwater streams, provide two significant resources – an important food source for sport fish such as large trout, and an indicator of water quality.

Because the current range of this fish overlaps the historical homeland of the Coeur d’ Alene Tribe, the scientists consulted with Tribal elders to select a scientific name for the new species. This led to the naming of the species as Cottus schitsuumsh (s-CHEET-sue-umsh), the Cedar Sculpin. Translated, Schitsu’umsh means “those who were found here” and is the name for the Tribe. The common name refers to the western red cedar, a tree often found in streamside stands in this region. Full press release can be found here.