After a not so successful Canadian hunt in 1946, John Nosler decided there must be a way to build a better moose trap; in his case a better bullet. Nosler experimented for a year or more and the result was the Nosler Partition® bullet and the formation of the Nosler Partition Bullet Company in 1948. 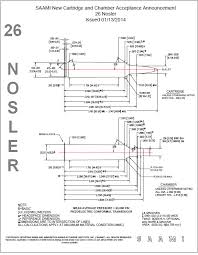 In the years since 1948, Nosler and his company have been true innovators in the bullet design and manufacturing business. The Solid Base®, Ballistic Tip®, Custom Competition™, E-Tip®, and introduced in 2001, my personal favorite, the Accubond® are just a few of the offerings that have come from the Oregon company. 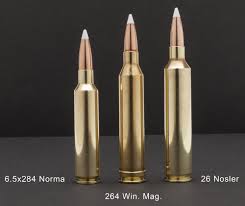 In 2005 Nosler began offering loaded ammunition to consumers and very high quality brass to handloaders. The arrival of the Model 48 rifle (a reference to Nosler’s 1948 origins) came in 2006. The Model 48 is a limited production, custom hunting rifle based on the Remington 700.

So what does all this mean to us today? Well, Nosler has introduced a new cartridge in their excellent Model 48 rifle. The 26 Nosler is based on the 7mm Remington Ultra Mag case, shortened and necked down to 6.5mm (.264). The .264 Winchester Magnum showed some promise when it was introduced in the late ‘50s, but the 7mm Remington Magnum stopped it in its tracks. There are other 6.5s on the market, but American hunter’s preference for .270s or 7mms has been the standard for decades. The 26 Nosler just might change that. 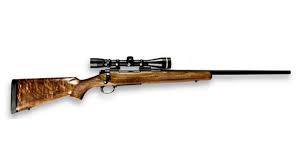 Loaded with an Accubond® Long Range 129 grain bullet, Nosler claims a muzzle velocity of 3400 fps. Zeroed at 350 yards, the cartridge has a Point Blank Range of 415 yards. I found a couple of reports (Guns and Ammo, April 2014, and Shooting Times, April, 2014) that show even greater velocities. Loaded with a 140 grain Accubond®, Craig Boddington got 3426 fps MV! Maybe Nosler will give us a 140 grain Accubond® LR with a BC over .600. That would be a very good Elk stopper with less recoil than a 30.06.

As soon as Nosler’s new hot rod 26 is available in rifles from the major gun manufacturers, I really expect the new cartridge will become mainstream for American hunters. Geez, a Model 70 Featherweight or a Kimber 84L in 26 Nosler; the bucket list can wait, not sure I can. For those of you that also can’t wait, here’s a link to Nosler’s page on the new 26:
http://www.nosler.com/news-and-articles/2013/11/22/the-26-nosler