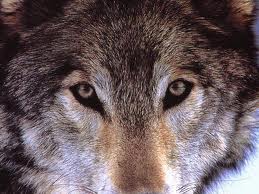 Montana Wolf Harvest Update as of 3.9.14
By angelamontana

With just five days left in Montana’s 2013-2014 wolf hunting season, the total number for the 2013-2014 season wolf harvest so far is sitting at 227 wolves.  Last year, a total of 225 wolves were harvested during the 2012-2013 wolf season, which ended for trapping and hunting on February 28, 2013.  With wolf trapping closed in Montana, since February 28th, and just five days left to hunt wolves, it is not likely the season-ender total will be that much higher than it is now if the pattern continues as it has.

Here is the breakdown from Montana FWP, and you can get more information on Montana’s wolf hunting and trapping seasons by visiting Montana FWP’s website HERE. 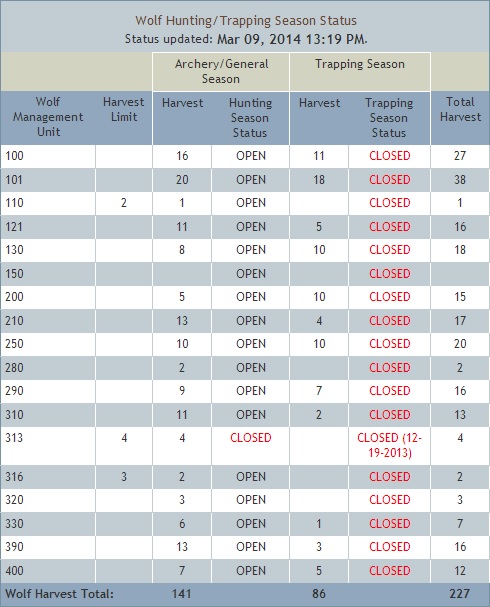