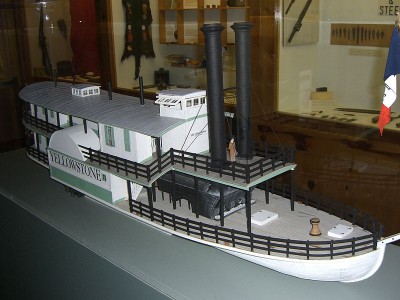 “The mighty American Fur Company adopts the latest in transportation technology to its business, dispatching the company’s new steamboat Yellowstone to pick up furs in Montana.”

Take a look at the history.com summary of what happened on this day, March 26th, back  in 1832:

A decade earlier, John Jacob Astor had formed the Western Department of his American Fur Company to begin exploiting the fur trade in the western reaches of the continent. In 1828, Astor established a large trading post called Fort Union at the strategically important point where the Yellowstone River merged with the Missouri. Located near what would later be the Montana-North Dakota state line, Fort Union allowed Astor to dominate the fur trade of the northern plains and Rockies.

With ruthless efficiency, Astor’s American Fur Company steadily undercut and eliminated its competitors. The company had the financial resources to invest in competitive advantages that smaller companies like the Rocky Mountain Fur Company could not afford. Far from being a rustic backwoods operation, Astor’s company was one of the most modern and progressive corporations of its day. In 1830, Astor saw an opportunity to use a new technology to further consolidate his stranglehold over the western fur trade: the steamboat.

The paddle-wheel steamboat New Orleans had begun regular service on the lower Mississippi only 18 years earlier. During the 1820s, steamboats occasionally ventured as far north on the Missouri as Council Bluffs. Now the American Fur Company boldly proposed to extend regular steam service all the way up to its Fort Union trading post at the mouth of the Yellowstone.

The company hired a Louisville shipyard to build a boat specially designed for the treacherous currents of the Missouri. Christened The Yellowstone, it was a sturdy craft with a large cargo deck to carry furs and trade goods. It had a high wheelhouse from which the pilot could see to avoid the many snags and shoals of the Missouri.

Departing from St. Louis on this day in 1832, The Yellowstone reached Fort Union in June, where the craft attracted the marveling admiration of Anglo traders and Indians alike. Thereafter, The Yellowstone and a fleet of similarly designed steamboats regularly traveled to Fort Union-when the water level was not too low or the rivers frozen.

While the American Fur Company modernized with steamboats, its less affluent competitors continued to rely on small, man-powered keelboats to move their furs and trade goods. By the mid-1830s, boats like the Yellowstone had helped Astor eliminate lesser fur companies and the American Fur Company enjoyed a virtual monopoly over the Far Western fur trade. 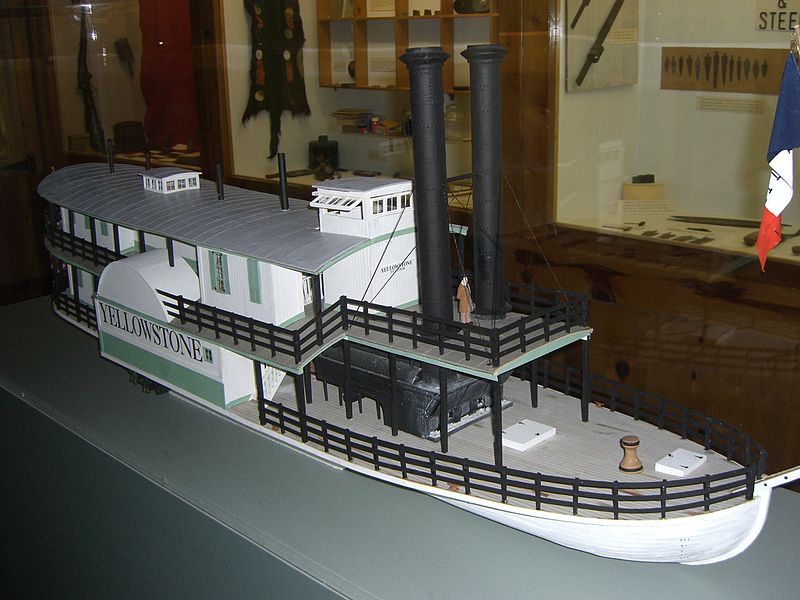 Model of Steamboat “Yellowstone”, Museum of the Fur Trade, Nebraska, USA (via wikipedia.org)