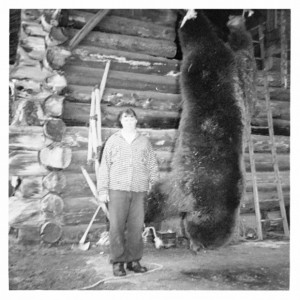 It’s always surprising when one story can be told so differently by so many people. Such is the case with the tale of Margaret McDonald and the large grizzly bear she shot back in 1964.

Two weeks ago, The Gazette published one version, and ever since I have heard from other people telling slightly different tales about the same event. I think it may be like witnesses to a crime, everyone sees, hears and remembers things a little differently. No matter what, though, Margaret was one tough cookie and her bear is still in the state’s record books as the seventh largest ever taken in the state.

Her husband estimated its weight in the spring at more than 800 pounds, so when it went into hibernation it would have weighed close to half a ton. To read some of the stories about the incident and see the old photos, log on to www.billingsgazette.com.