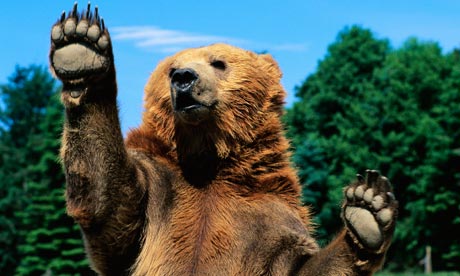 The plan, approved by the Montana Fish & Wildlife Commission in February, was developed over the past year in conjunction with a programmatic environmental impact statement. The update addresses state management options once the Greater Yellowstone Area’s more than 700 grizzly bears are removed from the federal list of threatened species.

The result, Hagener said, is a healthy and growing grizzly bear population ready for state management.
That’s where the new grizzly bear conservation and management plan comes in.

“The plan calls for Montana to stay the course,” Hagener said. “Status quo management of grizzlies in southwestern Montana allows FWP to continue its work to prevent human-grizzly and livestock-grizzly conflicts before they occur.”

Hagener noted that preventative actions can include public outreach efforts to ensure recreationists are familiar with smart hiking and camping practices in grizzly country in addition to livestock conflict preventative work, like electric fencing of apiaries or overnight sheep pens.

Hagener stressed that FWP will not relocate grizzlies within the area to expand the current distribution. “Grizzlies will move into areas on their own and we hope they move into suitable habitats,” he said. “FWP will, however, capture, relocate or remove grizzlies that get into trouble.”

While the plan anticipates the removal of the Yellowstone area’s growing grizzly bear population from the federal list of threatened species, successful delisting requires that the bears be able to disperse naturally into areas where adequate habitat exists.

Upon delisting, grizzly bears will be considered game animals in Montana and could be hunted at some point. Details of any hunting opportunity would be developed through standard Fish & Wildlife Commission processes.

Under a previously approved federal conservation strategy signed by Montana, Idaho, Wyoming, and federal land management agencies within the Greater Yellowstone Area, the grizzly bear population will be counted annually within the core habitat area around Yellowstone National Park.