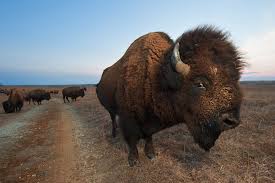 Montana Fish, Wildlife & Parks is seeking proposals from groups and agencies capable of taking up to approximately 135 disease-free bison to establish new or augment existing bison herds for conservation purposes.

The animals are part of the Bison Quarantine Feasibility Study, a research project that began in 2004 directed by FWP and the U.S. Department of Agriculture’s Animal and Plant Health Inspection Service. The research was conducted at a facility near Corwin Springs north of Yellowstone National Park to produce bison free of brucellosis, a disease that can cause some pregnant bison, elk and domestic cattle to abort their calves. The bison would be relocated from the Green Ranch west of Bozeman.

These brucellosis-free bison have been part of the research herd since 2005 and 2006 from two capture groups. All animals have been tested for brucellosis twice a year, with most tested at least 10 times, some up to 15 times, and have always tested negative. Both Montana Department of Livestock and APHIS consider this group of bison to be brucellosis free.

Montana FWP is offering the remaining 135 bison and their progeny to an agency or organization capable of taking the animals permanently and managing them for conservation purposes.

Proposals must include a bison conservation and management plan, and describe suitable habitat and secure living space for the animals.