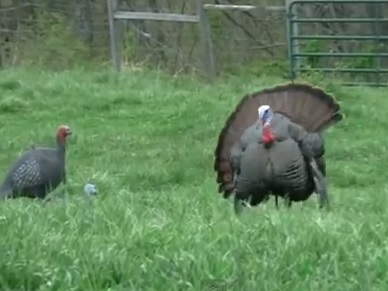 Spring turkey season opens on Saturday…THIS Saturday!  The day after tomorrow!  Who is as excited as I am?

The video below was not actually filmed in Montana, but it is something to keep you going until you head out this weekend.  Although it looks like the arrow hit the tom’s back, it hit him square in the back of the neck, according to the hunter, Gator,  in the video.  Here’s what Gator had to say:

I was shooting a gobbler guillotine. In the video it looks like it hits his back. But it actually went right over his back, kinda shaved some feathers, and hit him square in the back of his neck. There was a hole the size of a dime on the back of his neck where the tip of the broadhead smoked him.