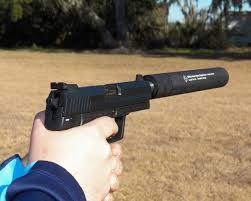 I have incurred a fair amount of hearing loss, and I suffer from tinnitus; ringing, in my left ear. While shooting may be responsible for some of my hearingloss, most of my hearing problems have an occupational cause; I have attended auctions one to three times a week for over 40 years. I didn’t use ear protection for over 30 years. It was like attending 6 to 8 hour long rock concerts, 2 or 3 times a week. 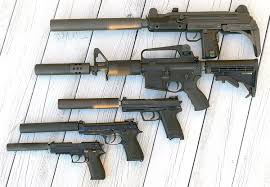 With hearing protection in mind, here is the subject of this post, silencers or suppressors as they are commonly referred to. In 1934, Congress passed the National Firearms Act. One of the provisions of the NFA deals with suppressors. This provision was a last minute addition to the legislation partially because of fear that poachers would use the devices while committing wildlife crimes. While the number of fully automatic firearms covered by the NFA was limited in legislation in 1986, the number of new suppressors that can be manufactured is unlimited. 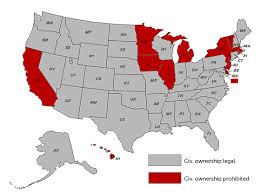 Suppressors are legal to own in 39 states, including Montana, and my research indicates that they may be used for hunting in 29 states, not including Montana. BATFE data from April, 2013 indicates that 494,452 suppressors are legally owned in the US. Most any adult, law-abiding citizen can purchase a suppressor. Fill out the proper paperwork, purchase the $ 200.00 stamp, and submit it all to the ATF. In about 6 months to a year, you will get the proper paper work to own a silencer. Funny thing, in most European countries, which are known for Draconian firearms possession laws, silencers can be bought at the local hardware store, no forms, stamps, or background checks. Just go to the store and buy one. 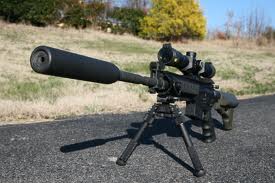 Now what does this mean for American gun owners and hunters? Silencers reduce the decibel level when shooting; they don’t eliminate all the noise. They make shooting safer for everyone, especially children. I can find no evidence that poaching has increased in states that allow ownership of a suppressor, nor can I find evidence that they are often used in other crimes.