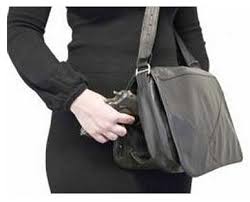 As a NRA pistol instructor, I am often asked what the ideal concealed carry gun is. Well, to paraphrase the late, great Jeff Cooper, “… the one ya got with ya.” Much like clothing, cars, homes, and other personal possessions, the choice of a concealed carry gun is an individual one. Let’s take a look at some of the criteria we instructors suggest to students. 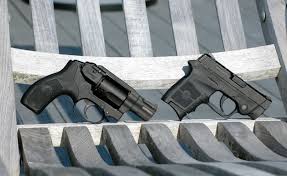 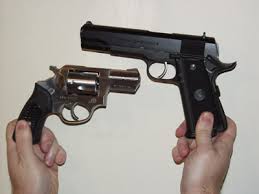 One must choose between either double action revolver (I cannot recommend a single action revolver for self-defensive purposes) or a semi-auto pistol. Revolvers are simple to operate, have great “out of the box” reliability, and will digest almost any type of ammunition that is fed through them. One drawback to a revolver is the limited number of rounds that they are capable of holding. On the other hand, semi-auto pistols of comparable size usually hold 1 or 2 or more rounds than a revolver. Malfunctions in a revolver are easier to overcome; semi-autos require more detailed training.

Confidence and comfort are big factors in choosing a defensive pistol. The user must enjoy shooting and handling their gun and understand its functional controls. If the gun isn’t comfortable to shoot, the owner may neglect to practice often and learn defensive pistol tactics. The size of the pistol is important also. If the gun is too big for the user, he or she also won’t practice often enough. The same holds true for a very small pistol. Although it might be highly concealable, it also might be sheer misery to shoot it and practice, practice, practice, is very, very important. 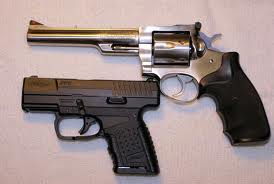 Caliber is another factor in choosing a carry gun. Huge improvements in ammunition technology and bullet design have made some of the smaller calibers like .380 Auto and 9mm much more effective defensive rounds. Heavy magnums like the .44, .454, .460, and .500 are fine for the woods, but not for the urban frontier. There is no perfectly right caliber for defensive purposes. Larger, more powerful cartridges might be great man-stoppers, but if you can’t control your handgun, a miss with any large round is still a miss and might be catastrophic.