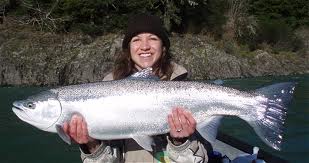 River conditions upstream of Basin Creek remained good over the weekend, but river conditions downstream were poor due to increased turbidity and rising water levels. Water temperatures continued to stay in the mid-40s.