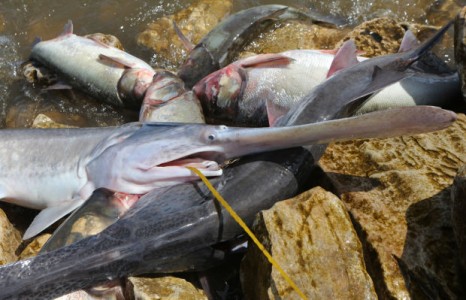 The 2014 paddlefish harvest season on the Upper Missouri River section from Fort Benton to Fort Peck Dam will close at 9 p.m. on Monday May 5, 2014, state officials said Sunday.

Montana Fish, Wildlife & Parks Region 6 Fisheries Program Manager Steve Dalbey said the 24-hour harvest closure notice issued Sunday night means that in this section of the Upper Missouri River, paddlefish can only be caught and released for the remainder of the 2014 season.