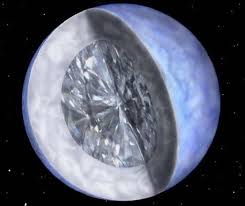 Just when you think you have heard every crazy thing there is to hear about the outdoors, the Montana Outdoor Radio Show takes the news to outer space!  Would you believe there is an exoplanet, a planet that orbits a star outside the solar system, that has 1/3 of its mass likely being made of pure diamond?  Well, even though this isn’t news for Montana, you can see this exoplanet from Montana, being that our beautiful state is known for its big sky.

Check out this information on a planet named 55 Cancri e, which is part of the Cancer constellation, from iflscience.com:

55 Cancri e is twice the size of Earth but is nearly 8 times more massive and twice as dense. Last fall, researchers deduced that the mass of the planet was largely carbon. Due to the pressure and surface temperature of 4892°F (2700°C) it very well could have formed diamond. It is so close to its parent star it takes a mere 18 hours for the planet to complete a full orbit.

55 Cancri e is only about 40 light-years away from us in the Cancer constellation. The parent star is much more carbon than our own sun, so it might be too surprising that planet e is also carbon-rich. From there, it isn’t much of a stretch to assume that the other four known planets in the system would also have a high carbon content.

Because of these extreme conditions, astronomers don’t believe that 55 Cancri e has an atmosphere, making it a poor candidate for the possibility for life. However, it is close enough for astronomers to use it to test hypotheses about planetary formation.