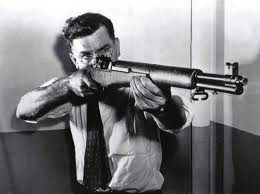 “Grand Garand” – Patriot with a Patent
By OutdoorAly

With the 70th anniversary of D-Day on the horizon and Memorial Day having just passed, I am given to thoughts of the “great crusade.” Sacrifice by patriots for the cause of liberty has been a hallmark of Americans since the beginnings of our nation, and those sacrifices have taken innumerable forms. An immigrant to the United States gave American riflemen an advantage that no doubt saved many G.I.s lives in WWII combat. That patriot was John Garand. 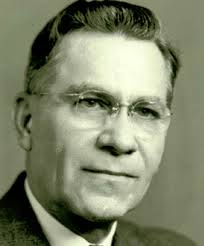 John Cantius Garand was born to Jean Baptiste and Elizabeth Garand on New Year’s Day, 1888 in Quebec Canada. After Elizabeth Garand’s death, the elder Garand, with his 10 year old son John, immigrated to the United States, specifically to Jewitt City, Connecticut. At age 11, John Garand began work in a textile mill. Like many young boys, he had a fondness for machinery and target shooting. Within a couple of years, the young Garand had filed and received his first two patents. 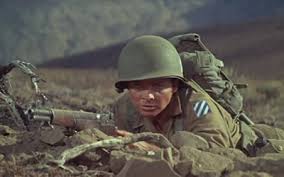 Later, John Garand’s hobby of designing machinery merged into firearms and in 1917 his design for a light machine gun was accepted by the U.S. War Department. Garand was then given a position with the Bureau of Standards and eventually became a consulting engineer at the Springfield Armory. In this position, he was charged with designing a semi-auto battle rifle and in 1934 Garand patented the M1 Garand. 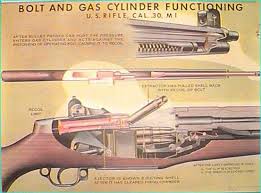 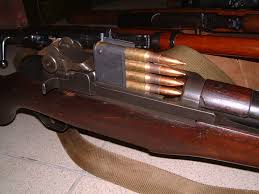 The M1 Garand is a gas operated, air cooled rifle that is fed with an en bloc 8 shot clip. While submachine guns were used by nearly all the combatants in WWII, the Garand enabled American G.I.s to engage the enemy with withering rapid fire, and was the only semi-auto battle rifle used by any of the armies of WWII. It chambered the powerful .30-06 Springfield cartridge and the rifle was described by General George C. Patton as, “In my opinion, the M1 Rifle is the greatest battle implement ever devised.”

John Garand held many patents, not only for the M1, but also for many other designs. He never benefitted financially from these patents; instead he gave them to the U.S. Government and the people of his adopted nation. He could have been a very rich man, but chose only to take his salary as compensation for the great contribution he gave to America.

There has long been confusion as how to properly pronounce Garand. Most often you will hear something like “ga-raend” but family members and a good friend of Garand, General Julian Hatcher state the proper pronunciation “gaerend” which rhymes with ‘errand.’

John Garand was a patriot who loved his country and gave a potential fortune to it and to all who fought in WWII.