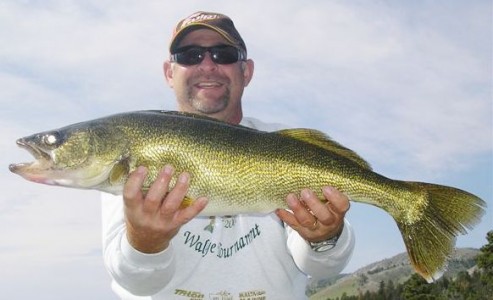 One Fly, One Lure, One Place: Brett French Radio Show Preview
By angelamontana

Anglers around the state were asked to pick a favorite lure or fly and a top place to fish in this week’s Billings Gazette Outdoors section, and it’s no surprise that Fort Peck Reservoir was one of the most mentioned places. Techniques may differ, but for anglers looking for variety and big fish, Fort Peck draws anglers from across the state – including the Captain. Fly anglers zeroed in on the Jack Cabe as one of their top picks, a stonefly-looking creation that was made popular on the Stillwater River.

For tips from all of the anglers, and to see some big fish photos, see the story at http://bit.ly/1sIaBQR.

Would you rather have a wildfire or sandstorm?