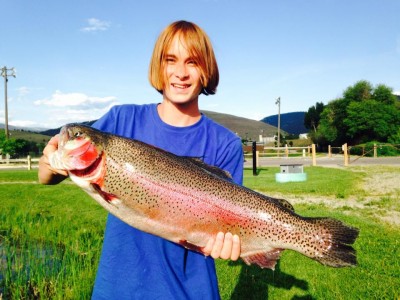 Fourteen year-old Andrew Lance reeled in a very nice rainbow this past Sunday at McCormick Park.  The monster trout weighed in at a whopping 17 pounds!  After losing a really big one the day before, Chris Lance, Andrew’s Dad, said that Andrew was “super disappointed in himself” and that, as his father, Chris just knew Andrew would head back the next day to redeem himself….and that is exactly what he did!  Great catch!

Andrew is no stranger to fishing, as, according to his Dad, he has caught a “great amount” of fish over five pounds this year and even has a 10 pound trout in the freezer that he caught last year!  Chris also said that he is having the fish mounted for Andrew.

It is very cool to see the younger anglers so dedicated to fishing and doing so well.  Keep up the good work, Andrew, and we look forward to seeing more of your catches this year! 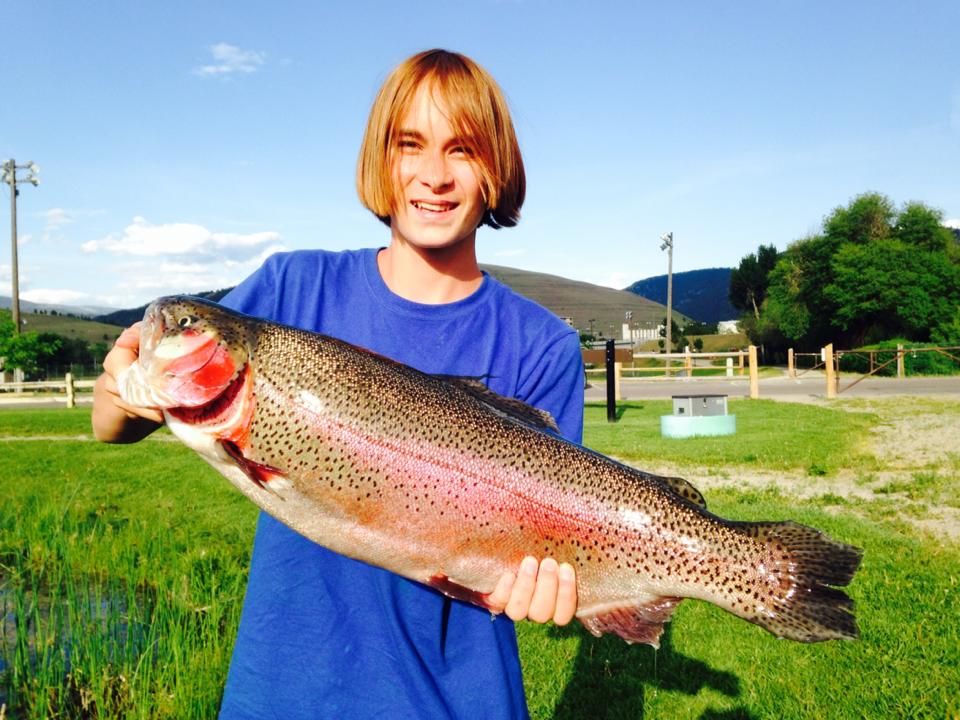