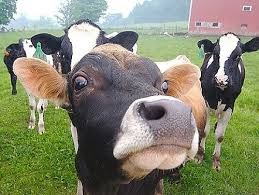 Would You Drink Water Created from Cow Manure?
By angelamontana

Would you drink water made from cow manure? 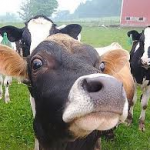 A few days ago, according to news.yahoo.com, researchers at Michigan State University announced their results from a 10-year project, called The McLahan Nutrient Separation System, that would “turn cow manure into clean water and remove elements, such as carbon and ammonia, to be used as fertilizers”.  The system is an “anaerobic digester combined with an ultra-filtration system and an air-stripping reverse osmosis system that extracts energy and chemicals from cow manure to produce water that is clean enough for livestock to drink, as well as fertilizer.

Their system is said to be able to potentially put an end to the production of the massive amounts of methane gasses that pollute our planet and also help ranchers cope with drought.

This should put it in perspective:

“If you have 1,000 cows on your operation, they produce about 37.58 million literes (10 million gallons) of manure a year,” said Steve Safferman, an associate professor of biosystems and agricultural engineering who is involved in the project, in a release. “About 90 percent of the manure is water but it contains large amounts of nutrients, carbon and pathogens that can have an environmental impact if not properly managed.” The system also captures ammonia that would otherwise be lost in the environment.