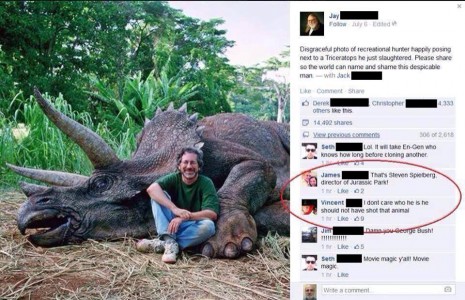 With all the controversy involving Kendall Jones, of Texas, and now other women huntresses around the world, and their African safari hunting photos that they posted on Facebook, sometimes the anti-sportsmen Facebook activists surprise me…even when I know I shouldn’t be surprised. Have you seen this picture circulating around the world wide web, that was originally posted by Jay Branscomb, a comedian, of Steven Spielberg in front of a Triceratops dinosaur prop with the caption “disgraceful photo of recreational hunter”?  What are your thoughts and/or comments? 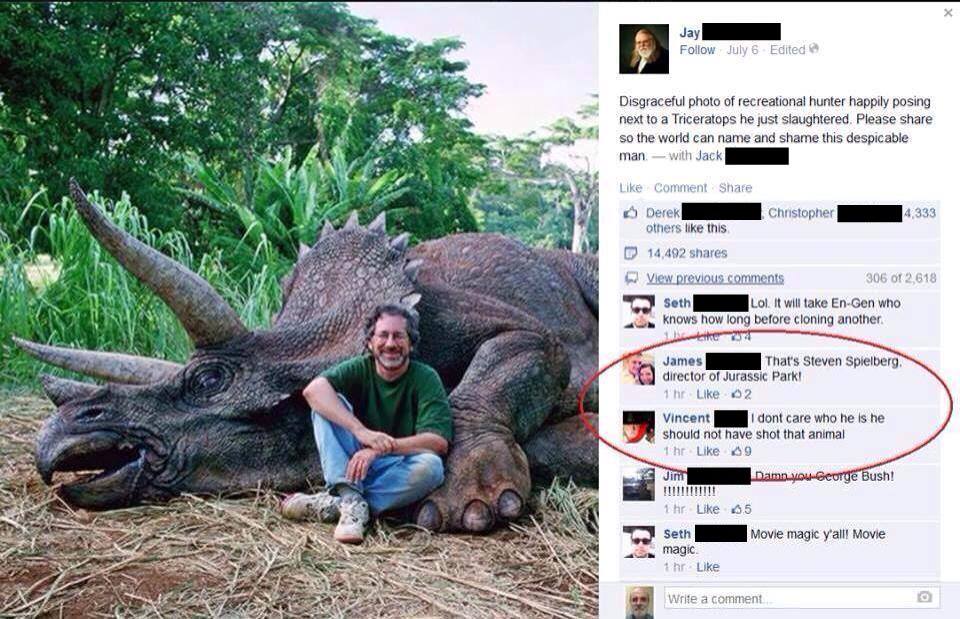